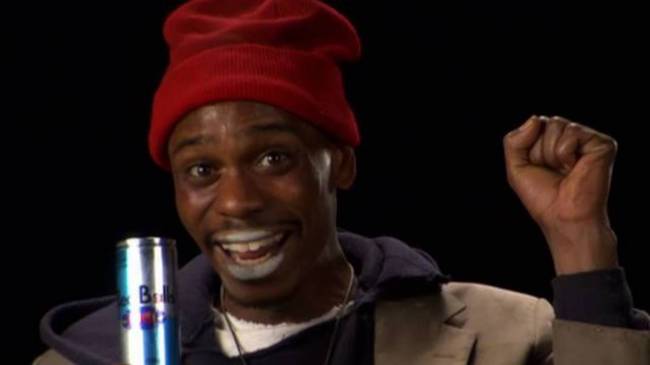 If you weren’t around at the time, it’s actually quite difficult to describe what a phenomenon Chappelle’s Show was when it first hit Comedy Central back in the early 2000s. Similar to the likes of Anchorman, teenagers and adults alike would spend hours on end watching the series and quoting it back to each other. Even to this day, 20 years later, phrases like “F**k yo couch!!!” remain staples of the pop cultural lexicon.

Similar to the likes of Chappelle’s iconic and aforementioned Rick James sketch, the crack head character of Tyrone Biggums also remains ever present in the minds of the cultural consciousness, as evidenced by RGIII’s sly and hilarious reference to the character during Saturday night’s college football game between Baylor and BYU.

Robert Griffin III made a reference to the Chappelle’s Show character Tyrone Biggums during the Baylor vs. BYU broadcast

We aren't talking enough about how @RGIII got in a Tyrone Biggums reference on national TV. pic.twitter.com/CB64g76iEP