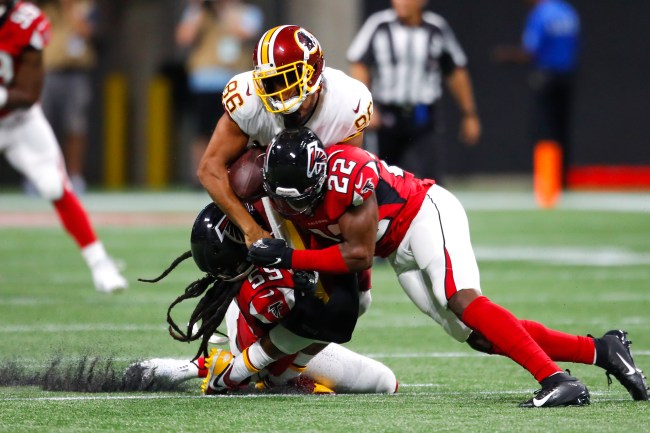 Maybe Antonio Brown was onto something with his demands to wear a dated helmet because these new “better” lids–with their fancy thermoplastic urethane and slightly malleable outer shell that scores so well on impact tests–are not necessarily translating to on-field safety.

According to NFL.com’s Judy Battista, team owners at the Fall League Meeting were informed that the number of concussions suffered by NFL players during preseason games increased in 2019 by 44% compared to last season (34 in 2018 to 49 in 2019).

I know hindsight is 20/20 but man I’d love to know why he should ever be on the field in a preseason game pic.twitter.com/aRQhZKR6dy

Dr. Allen Sills, the league’s chief medical officer, told owners that the overwhelming cause of these injuries were helmet-to-helmet hits and two-thirds of the concussion victims were rookies and players who ultimately did not make the team roster (translation: players who were not yet accustomed to NFL rules). Jeffrey Miller, the NFL’s executive vice president for health and safety initiatives, reported that a player who did not make his team’s roster in 2019 was twice as likely to suffer a concussion in preseason as a player who did make the roster.

The good news is that concussions suffered during preseason practices this year dropped dramatically–from 45 to 30–likely caused by the league’s ban of four helmet-to-helmet heavy drills, including the Oklahoma drill.

At the end of this season, the NFL hopes to have a large data set from a pilot program that has players on four teams wearing mouthguard sensors, a program they hope to expand to all teams next season.

Another bright spot: the number of ACL injuries dropped from 28 to 16 this preseason and MCL injuries declined from 36 to 29, a promising stat considering lower leg injury numbers have been flat for seven years. Win!