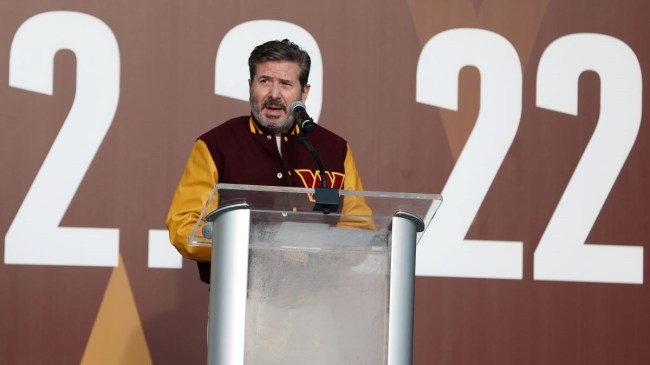 As if things weren’t bad enough for the Washington Commanders and owner Daniel Snyder, they just got a whole lot worse.

While the Commanders have been shockingly good on the field this season, sitting at 7-5-1 and just outside the NFL playoff race, things couldn’t have possibly gone much worse off the field.

NFL owners have reportedly tried to force Snyder into a sale of the team after a slew of allegations against him ranging from tampering, to harassment claims and final deception. The heat turned up on Snyder when congress claimed he used a “shadow investigation” to discredit those who accused him and those in his organization of harassment.

Now the full results of the congressional investigation are in, and they’re not good for Snyder or the NFL.

Ken Belson and Katherine Rosman of the New York Times report that congress had some harsh conclusions toward both Snyder and the NFL.

The Washington Commanders owner Daniel Snyder, aided by N.F.L. Commissioner Roger Goodell, suppressed evidence that Snyder and team executives sexually harassed women who worked at the team over two decades, according to the results of a yearlong inquiry by the House Committee on Oversight and Reform.

In a 74-page report released Thursday, the committee said Snyder went to extraordinary lengths to stall investigations into him and his team. The efforts, the report said, included his attempt to pay former employees “hush money” to not discuss their experiences, the refusal to release one woman from her nondisclosure agreement after she settled a sexual misconduct claim against Snyder for $1.6 million, and the use of private investigators and leaked emails to intimidate former employees from participating in interviews. – via the New York Times

But Snyder wasn’t the only target of the investigation. Congress also condemned the entire NFL. It claims the league did nothing to prevent Snyder from interfering. It also claims the NFL did not appropriately address Snyder’s behavior.

The NFL’s investigation into Snyder and co. ended with a $10 million fine. Congress claims the fine was paid in a way that “may have provided the team with a tax benefit.”

Additionally, congress compared the league’s investigation to the NBA’s investigations into the Dallas Mavericks in 2018. Ultimately, it determined that the league did little protect workers from sexual harassment and abuse.

A link to the full 74-page report was also made available.

If Snyder didn’t want to sell the team before, he may not have a choice now.