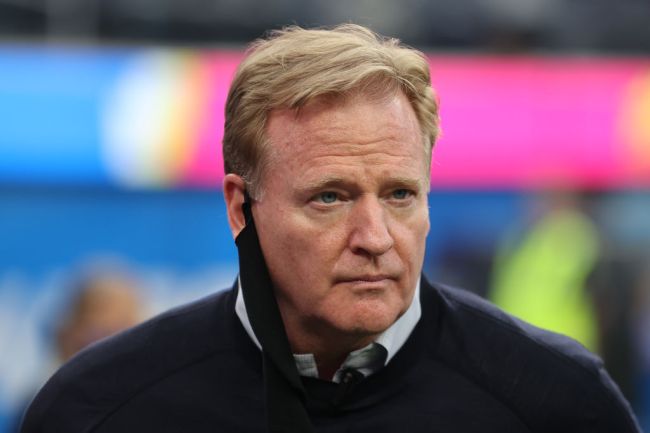 Congressman Raja Krishnamoorthi is serious about getting the NFL to turn over all documents related to the WFT workplace investigation to Congress.

For weeks, Krishnamoorthi has been pressing the NFL to release “all documents and communications obtained in connection with the investigation into the WFT, its management, its owners, and any other matter relating to or resulting from the WFT investigation.”

.@RepMaloney and I launched this investigation because of the pressing questions about the seriousness with which the NFL has addressed bigotry, racism, sexism, and homophobia, in the wake of Jon Gruden's emails and the Washington Football Team's scandal. https://t.co/vRydMt1yv2

Krishnamoorthi has given Goodell and the NFL until November 4th to hand over all documents in the WFT investigation to Congress.

Congress' House Committee on Oversight and Reform has notified the NFL that it will review the Washington Football Team investigation.

The letter, addressed to Roger Goodell, says he has until Nov. 4 to hand over the league's documents from the investigation to Congress. pic.twitter.com/9t8y5asGFw

Goodell, however, has stated that the NFL will not be releasing any documents pertaining to the WFT investigation because he didn’t want those who came forward anonymously to lose their anonymity.

NFL Commissioner Roger Goodell said the league will not release the findings of the WFT investigation because some of those who came forward asked for anonymity: pic.twitter.com/cio2n52xzF

“We’re very conscious of making sure that we’re protecting those that came forward,” “They were incredibly brave, incredibly open, and we respect the pain that they probably went through all over again to come forward.”

On Wednesday, congressman Krishnamoorthi reacted to Goodell’s comments by saying he hoped the NFL would comply by the November 4th deadline or else Congress will have to use tools at their disposable to force the league’s hand on the matter.

The NFL has until next Thursday to turn over documents and details to the House Oversight Committee. @CongressmanRaja tells me what happens if they do not comply.
More of my exclusive interview with Rep Krishnamoorthi on @wusa9 6pm. #WashingtonFootball pic.twitter.com/4NL05l9H1K

“I hope they do comply, most parties in these investigations do in some form or fashion, but obviously I hope they do understand that we do have tools at our disposal to compel the production of documents as well as live testimony. I hope that we don’t have to resort to that