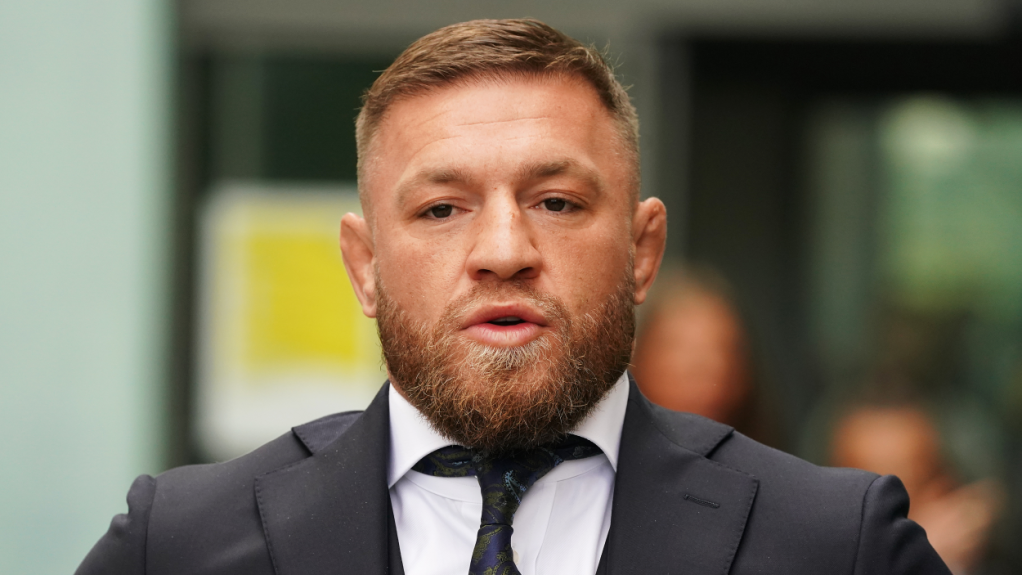 UFC legend Conor McGregor doesn’t have a specific fight on the books right now. However, he has admitted that he will return to The Octagon after filming a Hollywood remake of Road House with Jake Gyllenhaal.

Conor has previously fought in the Featherweight, Lightweight, and Welterweight divisions. But a recent photo of Conor McGregor looking ‘shockingly massive‘ reveals that he wouldn’t be able to fight in any of those weight classes right now.

Conor McGregor Is Crushing Burgers, Has To Walk ‘Sideways’ Through Doors

Conor saw all of the viral chatter about his ‘shockingly massive’ picture and followed it up with two cheeky posts. One claims he has to walk ‘sideways thru doors’ and the other shows McGregor eating a burger topped with a deep-fried onion ring. That’s not exactly the type of meal you expect to see from a world-class athlete:

It is worth mentioning that Dana White also revealed Conor McGregor hasn’t been undergoing USADA testing and in order to fight in UFC again, Conor would need to complete 6 months of USADA testing for performance-enhancing substances.

Here’s what MMA fans were saying about Conor’s recent posts:

Sideways on the canvas too pic.twitter.com/QAqyjLBLry

And this is of course completely unsubstantiated but a lot of people are still making jokes about it:

Steroids will do that to you 💉

Obviously, McGregor wouldn’t have any reason to test himself while filming a movie with Jake Gyllenhaal. And while we’re on the topic, did they really need to reboot Road House at all? It is an iconic 80’s action film that was perfect the first time. It does not need a reimagining.

In the Conor McGregor-Jake Gyllenhaal version of Road House, Jake will play a former UFC fighter who takes a job as a bouncer at a dive bar in The Florida Keys. It’s not fully clear who Conor will be playing in the film or how much of a screen presence he’ll have but we will certainly know more in the coming months.