Conor McGregor Pictured Passed Out In The Back Of Car After Leaving Drake’s Listening Party, Claims He Wasn’t Drinking But Had Pain On Injured Leg 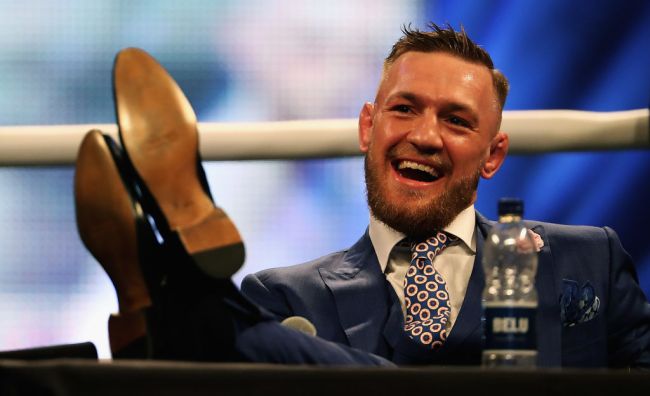 Conor McGregor is basically walking on one leg these days but that’s not stopping him from partying hard.

Since then the Irish MMA superstar has been rehabbing his leg with the goal of returning to the Octagon sometime in 2021.

On Thursday night McGregor was spotted outside of Drake’s ‘Certified Lover Boy’ listening party passed out in the back of a car.

Conor McGregor knows a thing or 2 about putting people's lights out — being a UFC champ and all — and Thursday night he got a taste of his own medicine after a night of hard partying. https://t.co/bzpWqiw045

According to TMZ, Conor McGregor’s people deny the UFC superstar was drunk but was tired due to having major discomfort in his leg.

– A source close to Conor tells TMZ … Conor was with his managers and left the club early due to his leg and was really feeling some major discomfort. This wasn’t alcohol induced.