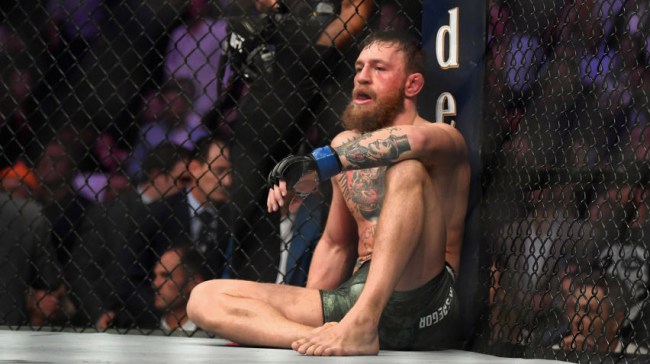 The sporting world was pretty well shocked on Sunday when Floyd Mayweather announced he would be fighting kickboxer Tenshin Nasukawa. The undefeated 50-0 boxer revealed that he would be taking on the undefeated 31-0 kickboxer/mixed martial artist in Japan on December 31st at RIZIN 14.

According to the BBC, the 41-year-old Mayweather said about the fight, “I wanted to do something different. I wanted to display my skills outside the US and be in a special fight. I want to give the people what they want – blood, sweat and tears.”

Specifics of the fight have yet to be announced, but Mayweather said the weight class and rules will be discussed “within the next couple of weeks.”

“It was a surprise offer but I accepted without hesitation,” said the 20-year-old Nasukawa. “It’s the biggest moment in my life and I want to be the man who changes history. I’ll do that with these fists, with one punch – just watch.”

As expected, once it all sank in, Mayweather’s two biggest adversaries, at least on social media, 50 Cent and Conor McGregor just had to weigh in with their “unique” persepctives.

50 Cent called Mayweather a “circus act” who will be “fighting a Uber driver,” among other things.

Not sure I would want to step into a ring with this “Uber driver,” but Fitty’s gonna Fitty.

As for McGregor, he also chimed in with an expletive-laden post on Instagram about the fight that many who read it found to be racist and offensive.

“Is that a tracksuit or a sauna suit Floyd haha wtf,” McGregor wrote. “Is it hot in Tokyo or what’s the story here? That climate change is no joke f**k me hahah. What in the f**k is going on here? Who’s this little prick next to you ? That’s mad sh*t. Like something out of rush hour 5 or something. Chris tucker and Jackie f**king Chan back in this bitch. F**king brilliant. Mad little bastard you are Floyd. Fair f**ks to you mate. No lie. F**k it.”

Is that a tracksuit or a sauna suit Floyd haha wtf. is it hot in Tokyo or what’s the story here? that climate change is no joke fuck me hahah What in the fuck is going on here? Who’s this little prick next to you ? That’s mad shit. Like something out of rush hour 5 or something. Chris tucker and Jackie fucking Chan back in this bitch. Fucking brilliant. Mad little bastard you are Floyd. Fair fucks to you mate. No lie. Fuck it.

Couple that with him calling Dennis Siver a “Nazi” & saying he would invade Jose Aldo’s favela & “kill anybody who wasn’t fit to work”, maybe its time to call a spade a spade.

Am I missing something when people say someone looks like someone else it's deemed racist? McGregor calling Tenshin Jackie Chan is racist? Why lol?

So now McGregor is a racist because he said the mayweather vs Tenshin pic looked like something out of rush hour 3… fuck off you snowflake morons, it’s a bit of patter!

funny how no one is talking about how racist Conor McGregor’s last Instagram post was. McTapout fans really are blindly following him with no sense of direction.

I'm a big fan of Conor McGregor but I can't back him up on that one, it's some type of 12 years old bully shit "Hey Jackie Chan" when he sees an asian guy and "hey Apu" when it's a brown guy. Conor is more ignorant than racist, the guy just need to stop drinking he's getting lost

For his part, Nasukawa certainly saw McGregor’s post and issued pretty much the perfect response.

“Hello, Mr. McGregor, My name is Tenshin Nasukawa,” he wrote on Twitter. “I am not Jackie Chan. I promise to avenge your loss, so please watch my fight.”

Hello, Mr. McGregor.
My Name is Tenshin Nasukawa.
I am not Jackie Chan.
I promise to avenge your loss, so please watch my fight.@TheNotoriousMMA pic.twitter.com/gSN53svsqs