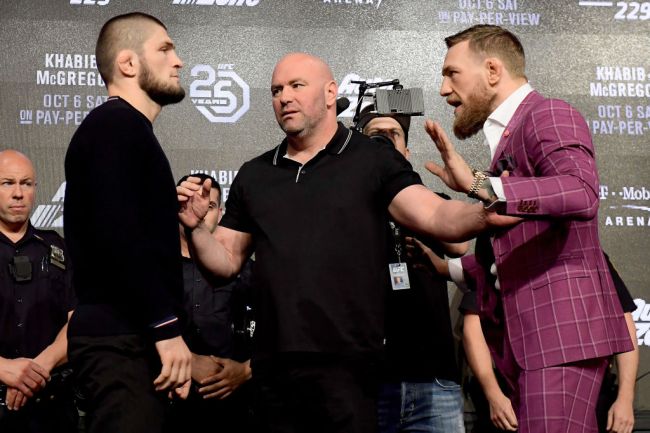 Conor McGregor may have once again crossed the line with his trash talk in a now-deleted tweet.

On Tuesday morning, McGregor tweeted out “Covid is good, father is evil” which many believe is a shot at Khabib Nurmagomedov’s dead father.

The tweet in question appears to be a reference to Nurmagomedov’s Twitter post from last month when the retired UFC fighter congratulated Dustin Poirier for beating McGregor at UFC 264.

Good always defeats evil.
Very happy for @DustinPoirier I hope you will get the belt end of the year

Khabib’s father Abdulmanap Nurmagomedov died last July after testing positive for COVID-19 and then suffering a heart attack at 57 years of age.

not sure what I would have thought if 5 years ago if you told me that the only way Conor McGregor would stay relevant in 2021 is by tweeting about Khabib's dead father. https://t.co/OouK355Uyv

Mcgregor tweeting about Khabib's dead father is the lowest of the low , Scummy prick

I can't rock with Conor McGregor anymore. Been a fan for years but making fun of Khabib's dead father is way too far.

Never been a fan of McGregor’s antics; the respect aspect of martial arts has always been important to me. I enjoyed watching him fight strictly because of his fighting style. After this tweet about Khabib’s late father, I hope I never have to see that scumbag again.