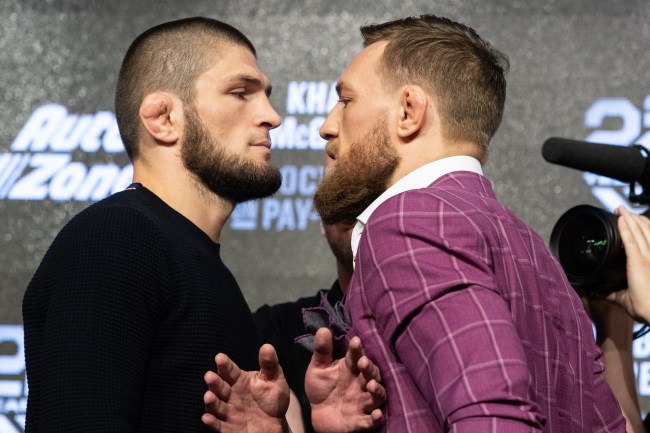 Khabib you absolute embarrassment. Scurrying, hiding rat as usual. As I have said many times. As has been seen many times. Through the pane of glass it was confirmed what was always known.
“No comment” lol. An embarrassment to real fighting.

Don’t ever say you represent the great nation of the United States of America ever again. No true American would speak so highly of, or allow, a convicted member of a Jihadi terror cell represent them.
Never Forget! You are a fucking blind fool, and I am going to finish the job.

Praying for the recovery of Abdulmanap Nurmagomedov. A man responsible for more World champions, across multiple fighting disciplines, than we even know.
A true martial genius!
Very saddened upon hearing this news tonight.
Praying for the Nurmagomedov family at this time 🙏 https://t.co/OVklQphPgN

On Wednesday, several Russian media outlets reported that 57-year-old Abdulmanap Nurmagomedov, the father of undisputed UFC lightweight champion Khabib Nurmagomedov, had been flown to Moscow and put in a medically-induced coma and was in critical condition.

On Wednesday, McGregor and UFC President Dana White both posted well wishes, with Dana saying “Nurmagomedov is a true martial artist who lives a life of pride, honor and respect.” 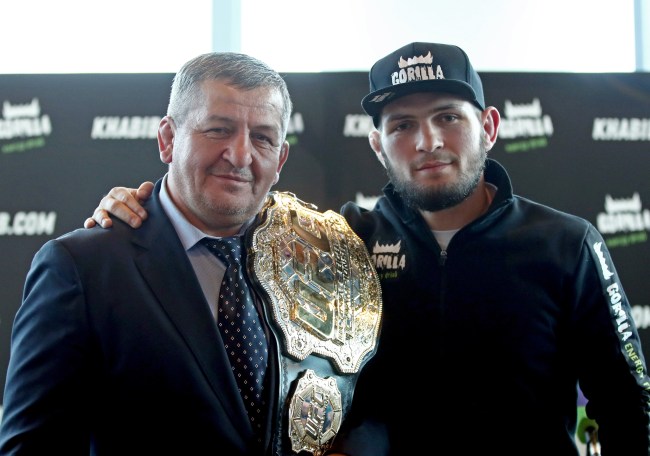 It has since been reported by the Russian outlet RT that Abdulmanap has emerged from this coma, reportedly after a heart surgery, with doctors claiming his condition is “serious, but stable.”

“He regained consciousness today. He hasn’t yet spoken. Yesterday [Wednesday] he was in a coma after a heart operation,” Rabadanov told Russia’s 360 TV.

Pretty amazing to see McGregor so starkly delineate what’s business and what’s personal. Going to be interesting to see how hard McGregor goes at Khabib in the near future given his current situation.