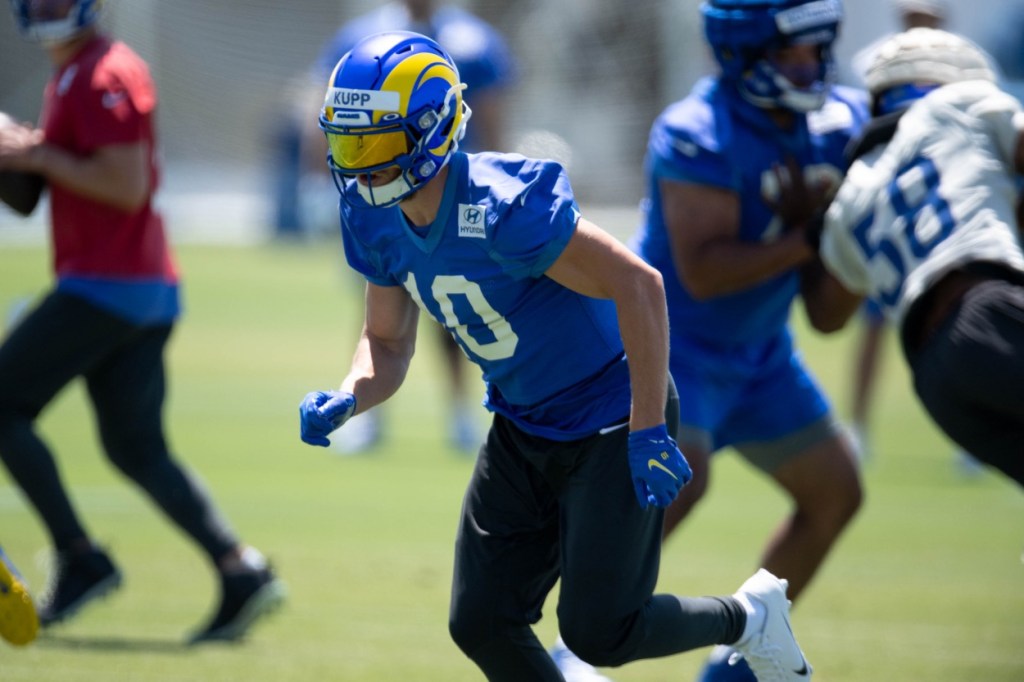 Speaking with The Athletic’s Jourdan Rodrigue, Cooper Kupp gave a very honest update on the state of his contract. He loves his team, he wants to stay, and he wants the contract to work for all parties involved. If you are the LA Rams this is exactly what you want to hear from your #1 wide receiver.

And so I want this to be something that makes sense for everyone. I want them to feel good about it, and I think the best way to do that is for me to at least be involved in some capacity. It’s never going to be at the cost of anything on the football field, (but) the more communication, the better, and just be able to find a place we can all feel good.” (via)

How much money do the Los Angeles Rams have to spend?

It’s very hard to imagine the LA Rams letting Cooper Kupp walk away after next season but we’ve seen some huge shakeups recently in the NFL.

Complicating things for the Rams is Aaron Donald recently firing off a ‘subtle ultimatum’ about playing with the Rams vs retirement. His recent comments suggest he needs to get paid more and the Rams might need to pony up if they want one of the best defensive talents the NFL has ever seen to return for another Super Bowl run.