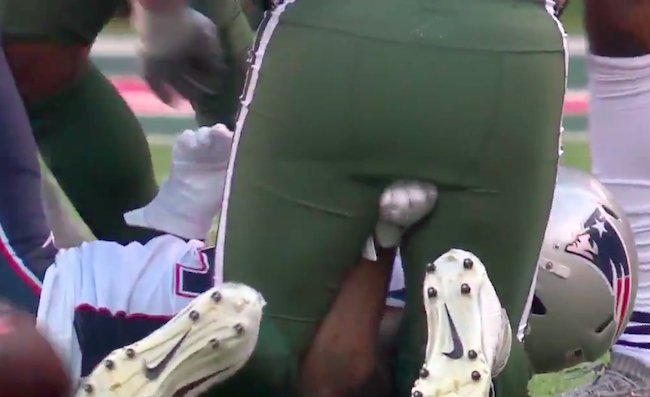 Pats running back Cordarelle Patterson got a bit frisky during today’s Pats-Jets game.

Watch as Patterson grabs Jets defensive end Henry Anderson by the balls to Anderson from hovering over him.

Update: Patterson had his reasons to do what he did.

Cordarrelle Patterson on why he was caught on CBS grabbing someone’s, um, stuff: He was trying to get the guy off him. “I’m a grown man. I don’t need no one’s ass and dick and balls in my face.”

And of course the Internet had jokes.

…he sure knows how to squeeze those grapes 😂 pic.twitter.com/APu0HUf0gk