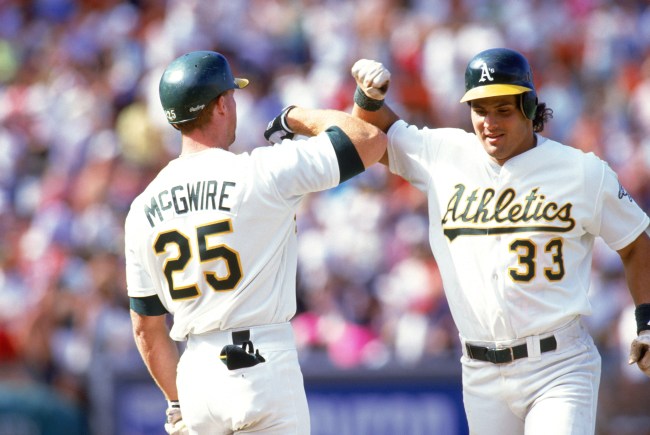 The coronavirus is fresh in everyone’s mind, with the paranoia surrounding it making people stock up on groceries, wear masks, avoid contact with any living thing and, for the most part, freak us all out that the epidemic is going to keep getting worse before it gets better. Who knows yet if it’s all warranted or not, but we should all be doing what we can to avoid spreading germs to one another.

One of those ways is by steering clear of touching one another, which is why some around the Internet joked about tapping shoes to say hello rather than shake hands. While that’s just a funny idea to mock the people afraid of catching the coronavirus, it’s something that the Atlantic-10 Conference seems to be taking very seriously, which is why, per The Athletic’s Brian Bennett, leaders of the conference are encouraging players to do forearm bumps rather than the customary handshakes after games.

The Atlantic 10 says it is monitoring the coronavirus spread for its upcoming tournament in Brooklyn and that as a precaution, it has banned team handshakes, instead substituting “forearm bumps.” Strange days. pic.twitter.com/HpkyMc8yDC

Additionally, the league released a statement to support its decision, hoping to calm any fears from players, coaches, fans and media members about being susceptible to contracting the coronavirus. The league also plans to provide sanitizing gel to appropriate back-of-house parties, just to stay safe.

“The league is in communication with its member institutions, medical personnel, competition venues and media partners,” a statement from the conference said. “The A-10 will continue to update its members throughout championship season and reminds student-athletes, coaches, staff and fans to be diligent in following the recommended health and safety precautions to prevent the spread of coronavirus.”

As Bennett points out in his tweet above, the Atlantic 10 Conference Tournament is being held in Brooklyn, which isn’t far from some of the already reported cases of the coronavirus in that area. Rather than go to extremes and cancel the event — which is something that has been suggestedby some  for the NCAA Tournament — the A-10 instead is going to the classic home run celebration of the Oakland Athletics of the late-80s, where Mark McGwire and Jose Canseco pounded forearms. You’ve got to love it.

Welcome to 2020, guys, where a college hoops league has to make an announcement about providing extra hand sanitizer to people, and a league is hoping to eliminate handshakes for a (much cooler) way to show respect to opponents. Man, this coronavirus thing sure is taking over every aspect of our lives, isn’t it?