Yankees’ Zach Britton Voices His Concern About Coronavirus With A Confirmed Case Near Team’s Camp In FL, May Not Remember The Yankees Play In The Cesspool That Is New York City 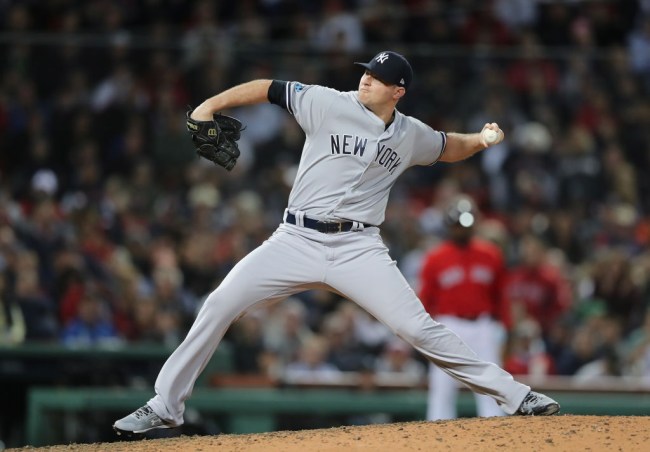 The governor of Florida declared a public health emergency on Monday after two adults in the Gulf Coast area of the state tested positive for COVID-19 and the news has Yankees reliever Zach Britton rather worried.

One of the first two cases of coronavirus in Florida is a Hillsborough County resident, which is where Steinbrenner Field and the Yankees’ winter home is located.

Britton voiced his concern to the New York Post about the coronavirus possibly spreading, specifically pointing out the fact that so many different people touch the same baseball throughout practice and games.

“We all touch the same baseball,” the Yankees reliever said Tuesday morning ahead of the Red Sox-Yankees exhibition game at Steinbrenner Field. “It will be tricky.”

“Think about the baseball, how many guys touch the baseball when it gets put in play,” Britton said. “The umpire, the pitcher, the catcher, back to the pitcher and you throw it around and every infielder touches it.”

“Obviously we know it can be deadly. It is something we have to be aware of. Just don’t know how to combat it in our sport where everyone is touching the same ball,” Britton said.

If Britton is concerned about two cases of coronavirus near Tampa, how the hell is he going to carry on his day when the team returns to New York City? I have no data to back this up, but as a person that lives in the concrete jungle, I can confidently say that this is the nastiest city in the country. There are slightly more residents of New York City than Tampa Bay last time I checked as well.

On Monday, a woman in Manhattan became the first confirmed case in New York City. If there’s one city in all of North America where this virus could spread like wildfire it is the cesspool that is NYC.

It could be a long season for Britton both on and off the field.