Man Sues Country Club, Dealership After They Refuse To Give Him Keys To Truck For Hole-In-One Prize 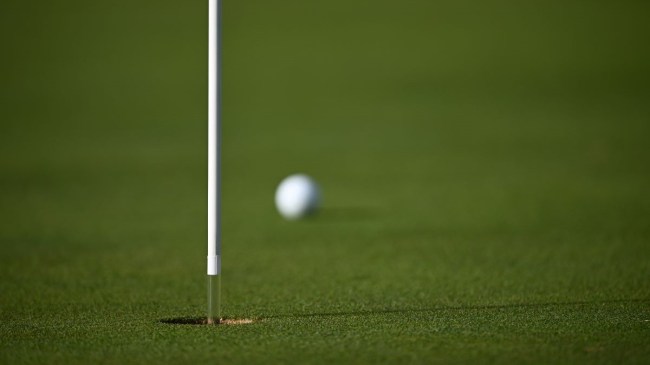 Recording a hole-in-one is typically the pinnacle of any amateur golfer’s career. According to PGA.com and the National Hole-in-One Registry, the odds of the average golfer making a hole-in-one are 12,500 to 1.

But aces are even less likely than you’d believe.

Each year there are 450 million rounds of golf played in the U.S., which is approximately 25,000-30,000 per course. Each course reports between 10-15 aces per year.
Basically, that means a hole-in-one is scored once in every 3,500 rounds.
Only 1-2% of golfers score an ace in a year. The average years of playing golf for a player before making an ace is 24. Can you believe that? – PGA.com

So imagine not only recording an ace, but also winning a brand new car in the process. That’s what happened to Austin Clagett of Arkansas last weekend. Or so he thought.

Mike Stunson of Yahoo Sports reports that Clagett was competing in “The Tournament of the Century” at Morrilton Country Club. The tournament offered a $1,500 prize for winners. But the real prize was a 2022 Ford 150 4×4 Supercrew promised to any golfer who made a hole-in-one on the Par-3 10th hole.

Clagett did just that and took a picture next to the truck, which was stationed by the tee box, with his hole-in-one ball in hand.

The only problem? Neither the country club nor the dealership will give him the keys to the truck. Clagett has since filed a lawsuit again both.

“This is about doing what is right,” Andrew Norwood of Denton & Zachary, PLLC, said in a statement. “Mr. Clagett lived up to his end of the deal when he got the hole-in-one and now Morrilton Country Club and Jay Hodge Ford of Morrilton want to crawfish out of the deal. If they didn’t want to pay up when Mr. Clagett got a hole-in-one, they shouldn’t have offered the deal.”

The dealership has since claimed that the truck was merely a display and that the country club offered it as a prize without consent.

“While management at the golf course desired for our dealership to provide the truck as a prize for a hole-in-one on the course during the event, we were unable to fulfill this request due to the lead time required to provide insurance for a hole-in-one vehicle,” Jay Hodge Ford of Morrilton said. “This was clearly communicated to Morrilton Country Club management, and the club agreed that the dealership would provide a new truck for display/advertising purposes only.”

The country club could not be reached for comment.

While the hole-in-one is a nice feather in the cap for Clagett, the nearly $40,000 truck holds just a bit more value.