Golfer Shows Up To PGA Tour Qualifier Wearing A Cowboy Hat, A Button-Down, And A Knife On His Belt 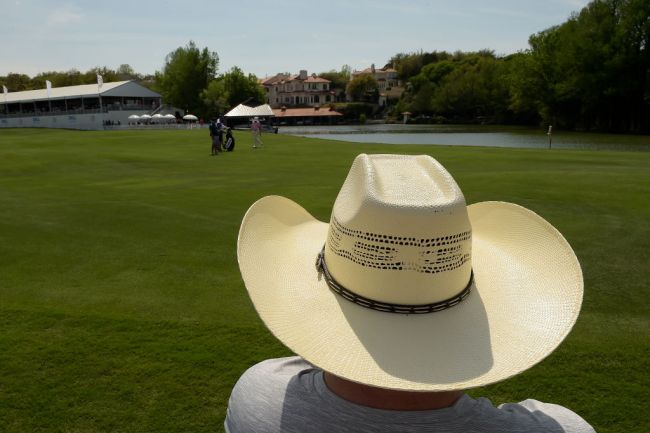 Golf attire has drastically changed over the years, there is no denying that, but we haven’t seen the Western, cowboy hat-wearing look have a major breakthrough out on the links. Well, until now, thanks to one man that showed up to the Valero Texas Open pre-qualifier attempting to break that barrier.

Monday Q Info blessed Twitter in sharing a picture that was sent to him of a man wearing a cowboy hat, a button-down shirt, a giant belt buckle, and a knife attached to his belt. Just to be abundantly clear here, I’m not talking about a spectator, I’m talking about an actual golfer trying to qualify for a PGA Tour event in that attire. The picture will literally make you gasp.

Might be the greatest pic I've ever received. This is live at the Valero Pre-Q

THE MAN HAS A KNIFE ON HIS BELT AT A PRE-Q pic.twitter.com/y2qLenYYzs

I’m willing to bet my life that this man works in the oil business. I understand plenty of Texans do, but if that man doesn’t scream ‘I work in oil,’ I don’t know what does. It’s clear that this man had some work to get done this morning, maybe a project to oversee, and while most would say that he simply didn’t bother to change his clothes into normal golf attire, I think this is his normal golf attire.

Please send your thoughts and prayers to his playing partners today. Not only do they have to watch a cowboy swing a golf club all day, but they also have to worry about being beat by a cowboy carrying around a staff bag with iron covers.