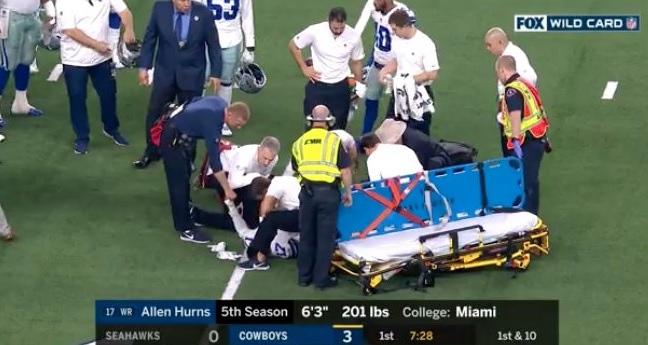 Hurns’ ankle appeared to snap after he had his leg get caught beneath a defender while getting tackled. He was eventually carted off the field and sent to a local hospital.

(You can watch the video of Hurns’ injury HERE but be forewarned it is very gruesome.

🙏🙏🙏 Prayers up for Allen Hurns pic.twitter.com/RiUEMdQF55

Allen Hurns gets a warm salute from the Dallas crowd as he's carted off. pic.twitter.com/IwrqQ6xFmC

As bad as this injury is, seeing both team’s players giving Allen Hurns support is awesome.