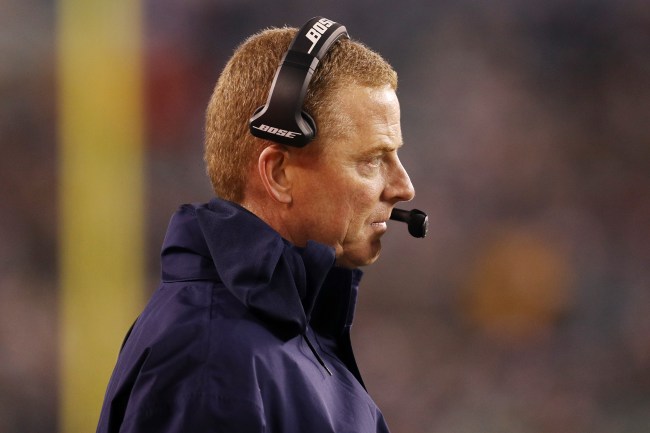 The Dallas Cowboys suffered another brutal loss to division rival Eagles on Sunday and fans are fed up with Jason Garrett.

On Sunday, the Cowboys head coach made some head scratching decisions in the fourth quarter that pissed off the Cowboys nation.

I’ve never seen such blatantly obvious coaching decisions that aren’t made. 3rd and 1 two different times and you don’t hand the ball off. Your offense can’t do a thing but we will punt on 4th and 1 down two scores. Garrett shouldn’t be allowed on the bus back to the hotel.

jason garrett is so gutless, division on the line down 11 in the 4th quarter and you PUNT

Jason Garrett showing no moxy. Again.
Down by 11, 4th and 1, Elliot’s on a roll, and you punt?
C’mon, man.
Get the guy out of there already.

After the game, Cowboys fans were ready for the team to fire Jason Garrett.

If Jason Garrett is the Cowboys coach next season, I might take a year off as a fan. What an absolute joke.

At least we're nearing the end of the Jason Garrett Era. The truth is, this season has been one long nightmare. This is feeling like a fitting conclusion.

Dallas deserved this season, to be honest.

I thought it was insane to bring back Jason Garrett after last season.

The only positive is that it's almost over.