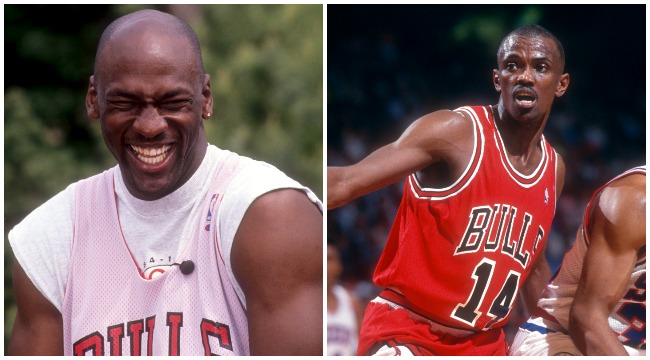 Jordan admitted in the latest installment of The Last Dance that he never felt compelled to use his status as the most popular man on the planet for social change.

The infamous “Republicans buy sneakers, too” line in response to his failure to advocate for black Democrat Harvey Gantt was used to highlight Jordan’s apathy towards political discourse. Gantt would eventually lose the 1990 Senate race to Republican  Jesse Helms, a man who called the 1964 Civil Rights Act “the single most dangerous piece of legislation ever introduced in the Congress.”

Revisiting this part of Jordan’s persona, predictably, made many people Mad Online.

When they were addressing Jordan’s lack of involvement in social justice issues, that would have been a great time to discuss what happened to Craig Hodges. #TheLastDance

Craig Hodges may be the most accomplished Bull you’ve never heard of. The two-time NBA champion twice led the NBA in 3-point field goal percentage, won consecutive 3-point shooting contests, and was out of the league by age 32.

Still waiting for Craig Hodges to be mentioned in #TheLastDance pic.twitter.com/lKRCmDTJTD

Hodges believes that his tireless activism was the sole reason the Bulls gave up on him to go “younger” and no other team signed him. Shortly after he wore an all-white dashiki to the White House after the Bulls ’92 title and delivered an eight-page letter to the staff of President George H.W. Bush about discrimination, he was let go.

So, I'm not watching the Jordan thing but it seems like y'all enjoying it.

My question is: did they talk about Craig Hodges at all?

Hodges, now 59, recognizes how he and Jordan’s opposing approaches to social responsibility didn’t do his basketball career any favors.

In 2017, Hodges told the Guardian: “Michael didn’t speak out largely because he didn’t know what to say – not because he was a bad person.”

In 1988, having joined the Bulls, he says he tried to discuss black history and social action with Michael Jordan.

“He’s a great businessman, and he understood that him taking a political stance could hamper his economics,” Hodges says of Jordan. “And I’m not one to judge anybody on that, but I understand the importance of the economic tie to Nike, to the black community, to young men, to death, to murder of people who are killing people over your gym shoe and the like. So, to me, when we’re talking on issues concerning our history, you weren’t astute.”

Hodges urged Jordan to leave Nike and “create a company that would provide jobs in sneaker production and sales to folks in Chicago.” He didn’t stop there.

Before Game 1 of the NBA Finals between the Bulls and Lakers, he suggested that the teams might just slightly change the world by refusing to take the floor. He says Michael Jordan told him he was crazy, and Magic Johnson said, “That’s too extreme, man.”

“What’s happening to our people in this country is extreme,” Hodges replied.

Asking Michael Jordan to boycott the NBA Finals is a fireable offense in Jordan’s bong-colored eyes. A level of disrespect to the craft that we’ve learned Jordan has no tolerance for. Craig Hodges may have the biggest pair of balls on the planet.