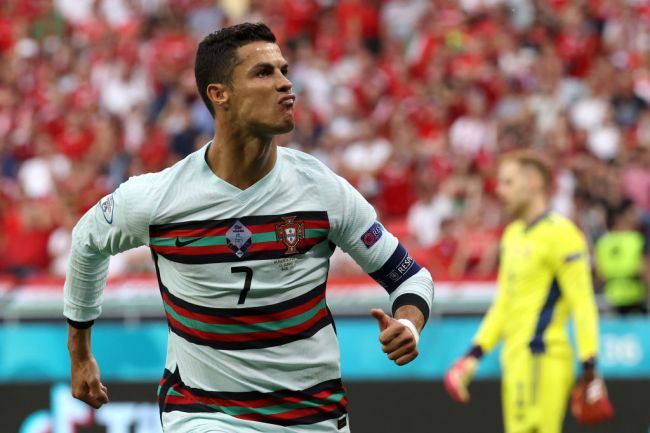 Cristiano Ronaldo arrived at his post-game press conference following Portugal’s 3-0 win over Hungary, sat down, and noticed two Coke bottles framed in the shot. He noticed them, and after a few awkward glances decided to remove them from the table before saying “agua” to let people know they should be drinking water.

According to ESPN, Coca-Cola saw its share price drop by 1.6% to $55.22 after Ronaldo removed the bottles. The company’s market value went from $242 billion to $238 billion.

Coca-Cola is an official sponsor of Euro 2020 and responded with a statement saying “everyone is entitled to their drink preferences.” Thank you, Coke, for letting us all know that Ronaldo and the rest of us can drink whatever we want. I imagine that the PR person that spun that earthshattering statement really enjoys their job.

Coke hasn’t been the only beverage removed from a press conference table so far in Euro 2020.

Paul Pogba removed a bottle of Heineken beer that was placed in front of him. He’s a practicing Muslim who doesn’t drink alcohol, so he took it upon himself to remove the beer.

When you’re worth over $100 million I suppose you can piss off brands and cause their stock prices to plummet by literally removing a bottle from a table.