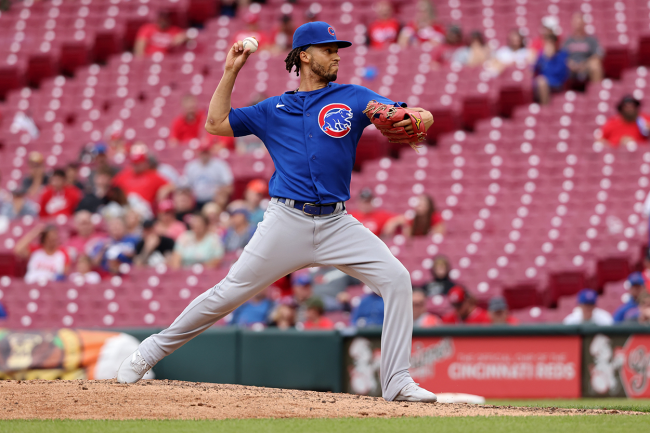 Typically, MLB franchises will only call on a position player to take the mound when they are up big or losing by a lot in an effort to save their bullpen arms. For the Chicago Cubs, it was the latter.

Down by 10 runs in the eighth inning, the team called for Andrelton Simmons — a shortstop who had never pitched in a live MLB game ever before. It did not go well for him, but he will forever have one nasty strike to his name.

for the very first time, welcome to

During his at-bat against Reds catcher Kyle Farmer, he lobbed in an off-speed pitch that was so incredibly slow, Farmer was fooled. He could not help but smile after swinging and missing.

On the very next pitch, Simmons tried to throw a heater. It was not good. The pitch got away from him and he nearly took Farmer’s head off with a laser beam that ended up sailing directly toward his face. Both Simmons and Farmer couldn’t help but laugh at the clearly unintentional ball that left Cincinnati fans booing anyway.

The two pitches were polar opposites.

In the end, Simmons gave up five runs in his one inning of relief and Chicago lost 20-5.