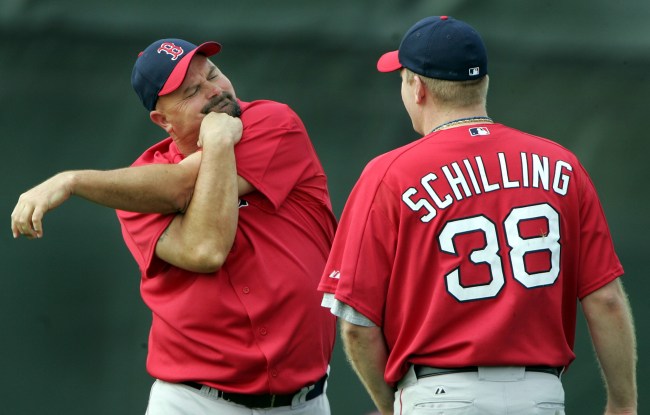 If you don’t personally know Curt Schilling, you can get a good idea of the kind of person he is by scrolling through his Twitter feed. Everything is a goddamn conspiracy and he will argue with literally anyone and everyone about how the general public is a bunch of unenlightened sheep sleepwalking into ignorance. It’s exhausting.

But, I can’t fathom how exhausting it’d be to spend the majority of the year attached to Schilling’s hip.

David Wells spent two seasons in Boston with Schilling in the mid-2000s and it’s safe to say that the two pitchers aren’t staying in touch.

When Wells was asked who the player from his era that was generally disliked by most players, he responded:

I can’t imagine how the guy who posted a graphic to his Twitter account equating Muslims with Nazis would be a shitty guy to be around. But I do have to give credit where it’s due. This response made me laugh.

At least tag me ya little bitch https://t.co/rlXsi3jrKx

There is no chance Schilling even remembers this response. He’s currently battling 41 Twitter eggs at the moment over who gives a fuck.

This is literally the exact opposite of the truth. Not a SINGLE event in the New Testament has EVER been disproven. In fact, Archeology has done more to prove the Bible factual than just about anything else. https://t.co/MEJjNknqWI