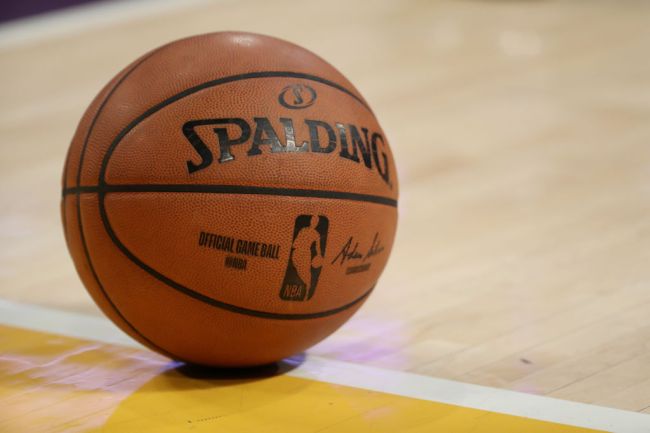 As the Findlay, Ohio resident was completing his daily rounds, he saw a basketball on the ground as he was going to throw a trash bag away and decided to pick it up. Orians dribbled up to half court, set his feet on the logo and tossed up a shot behind his back without looking. He turned around after releasing the attempt just in time to watch it go in.

Nothing but net with no one watching!

This custodian walked to half court, hit a trick shot and kept walking. Amazing 👏pic.twitter.com/gqYU5sFgoP

Without anyone in the gym to witness the make, Orians raises both hands in celebration for a short moment before picking up the trash bag, grabbing his vacuum and carrying on with his day. It’s amazing.

When Orians mentioned the incredible shot in casual conversation with the school’s principal Kyle Leatherman, he didn’t believe him until he went and checked the camera.

When Leatherman asked Orians why he decided to shoot from half court, he responded, “I had just as good of a chance to make the half-court shot as a layup. I’m not very good.”