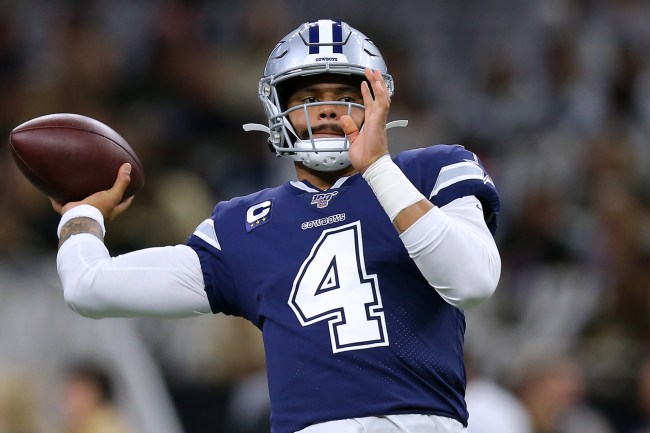 In the waning seconds of the Cowboys 12-10 loss to the Saints, Dak Prescott sought out his best receiver. This is typically a good strategic move for any quarterback, unless the entire defensive has made it their sole mission to smother said receiver to the point of near suffocation.

In Dak’s defense, the Cowboys were pinned back at their own 15-yard line with just 18 seconds left in the game, so taking a shot downfield to your three-time Pro Bowler isn’t lunacy, but if you fast forward the below video to the 2-minute mark, you’ll see how unlikely the pass was of converting.

Amari nearly came down with it, but didn’t, and the Cowboys would go on to lose, thus missing out on becoming just one of three other teams still unbeaten through week 4.

But who really cares? All that matters is that the play birthed a hot new NFL meme.

Carry on with your lives.