Dak Prescott, Michael Irvin, And The Dallas Cowboys Get Destroyed On Twitter After Lackluster Game Against The Titans On Monday Night Football 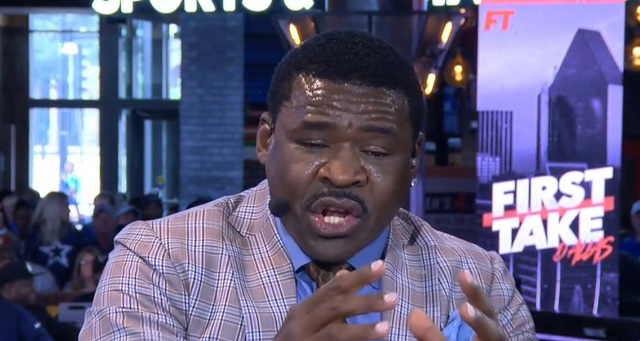 Before tonight’s Monday Night Football game between Dallas and Tennessee, hall of fame wide receiver Michael Irvin went on an insane rant on First Take proclaiming that Dak Prescott and the Cowboys were going to “regain their spot as kings” in the NFL.

Tonight, we’re going to see the dawn of a new day the beginning of a new age, and a time when the Cowboys will rightfully regain and take their proper spot among KINGS!!!!!

Dak Prescott put up the greatest rookie season EVER. And then last year without Ezekiel Elliott for six games, he had game missing playoffs. All of this rhetoric ya’ll singing out of your mouths like your Donna Summers or something is just noise. Dak Prescott is a big-time player.

Unfortunately for Irvin the Cowboys lost to the Titans 24-14 and QB Dak Prescott had a costly interception in the red zone plus a fumble during the game.

This is Dak Prescott's 10th game with multiple turnovers in the last 2 seasons, tied with Jameis Winston, Derek Carr, and DeShone Kizer for the most in the NFL. pic.twitter.com/7zIt8cmjIn

Tennessee has scored 21 points tonight and 14 of those have come off Dak Prescott turnovers.

Fans absolutely crushed Prescott for his performance on Twitter afterwards.

Dak Prescott looking at himself in the mirror pic.twitter.com/iFt2LqUzey

Dak Prescott looking at video of tonight's performance and realizes it's back to square one. #LOLCowboys pic.twitter.com/TGYG6AbVMz

When you call for a deep slant on 3rd-and-47 and Dak Prescott completes a 3-yard pass out of bounds to a cheerleader pic.twitter.com/sNCP64mApM

Michael Irvin caught some slander too for his rant.

Michael Irvin did all that screaming about how good dak Prescott is and he stunk it up tonight? 😂 #MNF

Michael Irvin did that coked up Rick James/ultimate warrior rant just for the cowboys to catch that L😂😂😂TRASH. Can’t wait for the eagles to wash them

Michael Irvin "Tonight is the night when the Cowboys will rightfully regain and take their proper spot among KINGS!!!!!"

Marcus Mariota and the Titans pic.twitter.com/Xn89nKaVNf

Is this the dawning of a new day that Michael Irvin was talking about today?