Dak Prescott Discusses Two Major Colleges That Overlooked Him, How He Wanted To ‘Shut Up’ LSU Fans 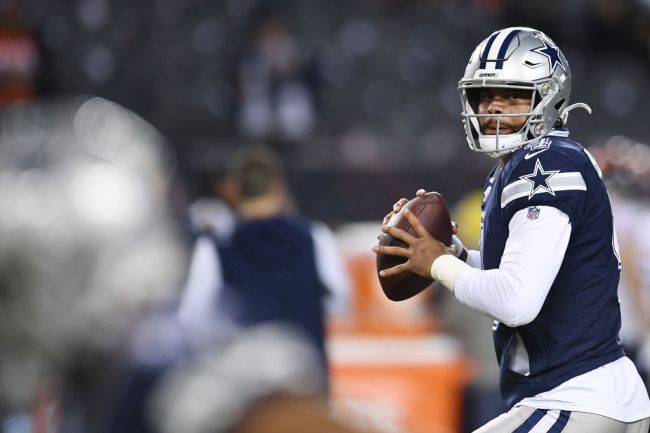 Before Dak Prescott became a two-time First Team All-SEC quarterback and two-time NFL Pro Bowler, he was just a three-star recruit out of Haughton High School in Louisiana. While he was ranked as the No. 22 player in the state, big-time programs around the country didn’t pay him too much attention.

Prescott received plenty of offers, but only three schools really jumped off the page: Mississippi State, LSU, and TCU. Prescott ultimately signed with Mississippi State and had a strong college career, but the Bulldogs weren’t necessarily his No. 1 choice.

In a recent interview with Graham Bensinger, the 27-year-old explained that he was a Texas fan growing up and that the Longhorns didn’t give him much attention at all. LSU, the big-time school in his home state of Louisiana, came calling late and Prescott apparently took that to heart and wanting to beat the Tigers while at State.

“And then LSU, go to the camp going into my senior year, they turn me off,” Prescott said. “Go to another camp, I believe, again, ‘Hey, you want to come play tight end? You’re athletic, maybe we’ll offer you as a tight end.’ No, I’m gonna play quarterback. And then I go into my senior year, and have a really, really good year, and LSU tries to offer me at that point but I’m already committed to Mississippi State. I wanted to be a man of my word. I grew up a Texas fan, I didn’t grow up an LSU fan. So it was even better at that time to shut up all the LSU fans and kind of put in their faces, ‘I don’t want to play for y’all. I want to come back and beat y’all.’”

Prescott went just 1-3 against LSU during his time as a Bulldog, but that one win did come in Baton Rouge so he was successful in shutting Tiger fans up, at least once.