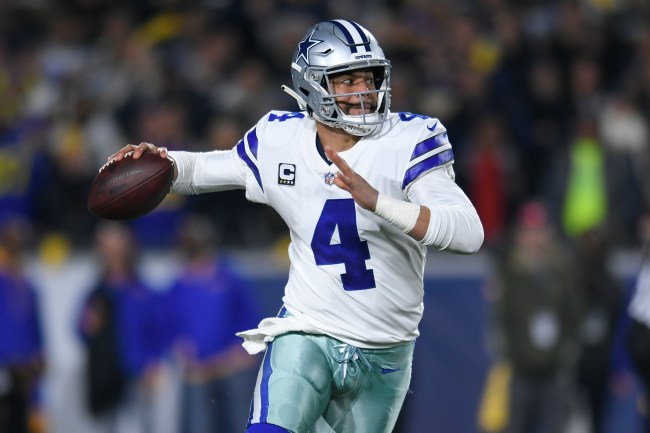 Dak Prescott is currently negotiating a new deal with the Dallas Cowboys but the two parties are at an impasse regarding the length of the contract.

According to reports, Dak wants a shorter 4-year deal that would allow him to become a free agent at 31 after the NFL signs a new TV deal which could see player salaries skyrocket but the Cowboys are pushing for a 5-year deal.

Earlier this week, NFL analyst Chris Simms went on 105.3 The Fan’s “K & C Masterpiece” on Tuesday and claims someone in the know told him that Dak was a offered a 5-year $175 million deal and he turned it down because he wants more money in the final year of his contract if he signs a deal longer than four years.

The Internet was appalled that Dak would turn down so much money and instantly roasted him for it.

Does Dak have like 5 Super Bowl rings we haven’t heard about? I mean WHAT is going on here? https://t.co/WOMjReWTzp

Dak Prescott : I don’t want it.

Quote tweet with your reaction to Dak turning down 5 years / $175m.

I like Dak but nahh. He’s not even close to that number. Lol.

Not sure who’s more stupid, Dak for turning the deal down or Jerry Jones for offering it in the first place https://t.co/YP94reLhf8