Dallas Airport Officially Jinxed The Cowboys And Caused Them To Lose Their Wild Card Game Vs. 49ers 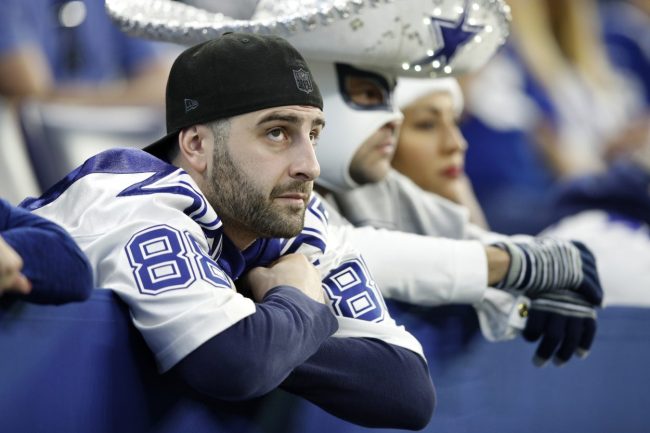 The Cowboys lost because the Dallas Fort Worth airport jinxed them prior to the game.

49ers fans are known to travel well to away games. Take last weekend against the Rams, for example. The visiting fanbase was so loud in Los Angeles that the home team had to run a silent count, which is simply unheard of.

Obviously, a trip from the Bay to Texas isn’t quite as easy, but San Francisco fans flooded the Dallas area anyway. In turn, the airport for which the vast majority of them will be arriving, took a shot on Friday.

The airport’s official twitter account chirped the visiting fans ahead of kickoff. It tweeted out that they just stocked up on tissues at each of their stores, so when 49ers fans go home crying, they will have something to cry and blow their noses into.

Welcoming fans from the Bay Area to DFW for this weekend's Wild Card game! 🏈 We just stocked up on tissues at each of our airport stores for your flight home. 😢🤧#GoCowboys pic.twitter.com/4QinFIcdoO

That is a LOT of talk for an airport. Especially considering that their team has been known to choke in the playoffs. And they did.

If 49ers head coach Kyle Shanahan is smart, he used the tweet as bulletin board material. And now that his team won, it is going to be an absolute bloodbath for the DFW airport on Twitter.

The jinx is real.