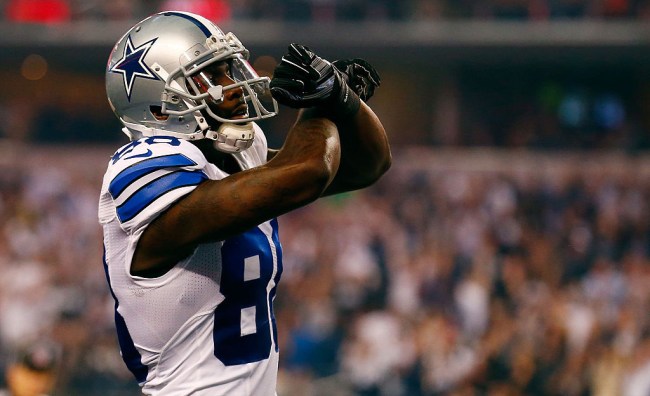 It looks like the Dallas Cowboys are ready to part ways with longtime wide receiver Dez Bryant. This afternoon ESPN is reporting that the team is going to release Bryant unless Jerry Jones has a last minute change of heart.

Cowboys expected to release WR Dev Bryant today, barring an unexpected last-minute change of heart, per @toddarcher and me. But the plan going into meeting that is now underway was to part ways with Bryant.

According to ESPN’s Todd Archer releasing Bryant would save the Cowboys about 8-12 million against the cap.

Bryant’s declining production and $12.5 million salary would make a deal difficult, but given the money thrown at receivers less decorated than Bryant maybe a team would be willing to part with a mid-to-late pick.

(Update: Bryant has officially been cut by the Cowboys)

Despite his troubles on and off the field Bryant was always a fan favorite in Dallas and it appears that he’s going to be missed by Cowboys fans.

@DezBryant preciate all the blood sweat and tears forever a #cowboy

@DezBryant Dez. I heard the news. This is so heartbreaking. You are probably one of my favorite players (hand in hand with Tony). I really wanted you to stay with us but I want the best for you. I will always be a fan. #X

@DezBryant thank you for everything!

@DezBryant I'm sorry Dez …..I really am . I wish you the best if you are released. No matter what brother I will always be a fan of you .

I will always love @DezBryant

@DezBryant idk whats going on but Cowboys fan's will always love you Dez no matter what.