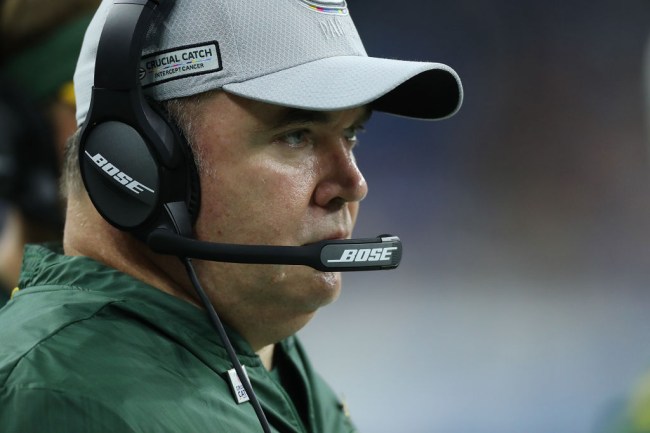 It certainly didn’t take long for the Cowboys to find their new man in charge after finally announcing that they had parted ways with Jason Garrett.

After spending one year away from the game, Mike McCarthy has reportedly been hired as the new head coach of the Dallas Cowboys.

While he may not be the flashiest hire of all of the candidates linked to the opening, he does bring NFL head coaching experience to the table which is something that Jerry Jones and the organization wanted in their new head coach.

This is also a rather boring hire when the Cowboys were expected to drag out the hiring process and maybe make a huge splash, but hey, at least the hiring circus is over in Dallas.

Over the weekend it was reported that Dallas had flown in McCarthy for an interview, but also that the organization had an interest in former Bengals head coach Marvin Lewis.

Obviously, McCarthy’s interview went very well seeing as how he has been hired as head coach, but apparently, it went so well that Jones actually had him sleep over at his house, which is a pretty strong vote of confidence if you ask me.

While the speculation is now over as to who was going to be the new head coach on the sideline in Dallas, all eyes now turn to the contract of Dak Prescott. His rookie deal is now up and the 27-year-old will be looking to make a massive chunk of change with a new deal.

The 56-year-old is now the ninth head coach in Cowboys history.