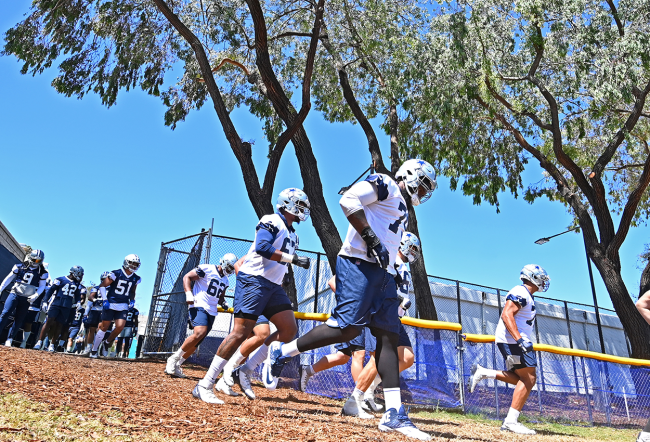 The first week of the 2022 NFL football season is still a ways away, but the offseason is coming to a close. 10 NFL teams are set to open their rookie training camp on Monday, with veterans set to report across the league over the next two weeks.

Here is a look at the training camp report date schedule for all 32 teams in the NFL:

As the camps get underway, the vast majority of them are set to be held at legitimate facilities around the country. In fact, 31 of 32 teams will hold their camps at their stadium, at a full-equipped training complex, at a collegiate campus, or at a top-tier private high school.

The only team that is not holding its training camp at a legitimate facility is the Dallas Cowboys. Once again, the team stands out as different. Their training camp will be held at the Marriott Residence Inn in Oxnard, California with practices held at River Ridge Playing Fields. 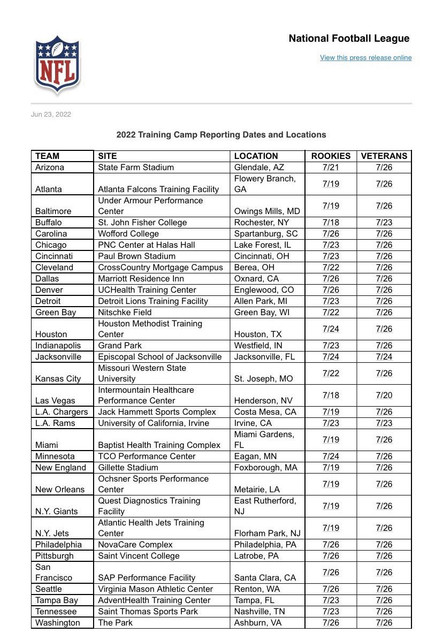 The Cowboys are worth $5.7 billion, but they are holding their training camp at a three-star hotel and on fields that are not even close to the NFL standard. In fact, the field is so terrible that Michael Gallup almost broke his entire body during camp last July.

The field sits on the corner of a golf course, tucked between two tennis courts and a real estate development with red-roofed houses. It is truly inadequate, and after almost losing one of his top receivers for the year before the season even started, one would think that Jerry Jones might switch things up for 2022. He did not.