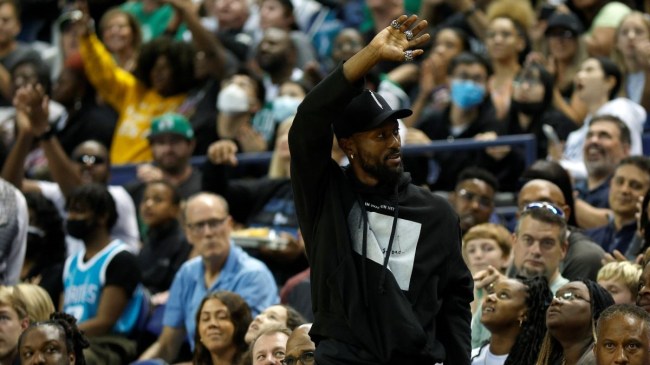 The Dallas Mavericks entered the 2022-23 NBA season with championship dreams after a surprising run to the Western Conference Finals a year ago.

Yes, the Mavs lost breakout star point guard Jalen Brunson to the New York Knicks in free agency. But they still boast one of the league’s most-balanced rosters led by superstar Luka Doncic. In fact, Doncic entered the year as the prohibitive favorite to win the NBA MVP Award, which would be his first.

But things haven’t gone to plan thus far. Doncic leads the league in scoring with 33.1 points per game. But the Mavs have battled injuries and Doncic has gotten little help on the offensive end. Dallas is averaging 109.1 points per game, which ranks 26th out of 30 NBA teams.

Now it appears they’re trying to find some reinforcements and looking to a potential future Hall of Famer for help.

Without Brunson, the Mavs have struggled mightily to find a secondary scorer or initiator. And there aren’t exactly a ton of those types of players lying around in free agency. So Dallas is now hoping it reignite the career of former NBA All-Star Kemba Walker to help jumpstart its offense.

Walker began his career with the Charlotte Hornets after being selected with the ninth pick in the 2011 NBA Draft. In nine seasons with Charlotte, he built a reputation as one of the league’s best scoring point guards, making four all-star games.

But injuries and a free agency move to Boston in 2019 have plagued Walker since. He played just 56 and 43 games in his two seasons with Boston before being traded to the Oklahoma City Thunder and subsequently released. Walker signed with his hometown New York Knicks in 2021, but played just 37 games last season.

At 32 years old, Walker and the Mavericks are now both hoping that he can rekindle that All-Star level of play for the Mavs team desperately in need. But fans aren’t convinced that will happen.

They should just call up that dude from the G league, Kemba is washed. https://t.co/wL1KzDPZ3d

Kemba to the Mavs kinda feels like a desperation move. I mean yes Luka needs a #2 star alongside him but Kemba is kinda washed. Idk, if Kemba returns to form and is half as good as he once was, then i'll take the Mavs seriously. It's a wait and see as of rn if this move will work

Was very happy when the Knicks signed Kemba last season. Then he played the first game and couldn’t create separation and I was like… https://t.co/E1t1AwO7Ln pic.twitter.com/6opfqyDrRl

Though others are willing to let it play out.

I'm into it. At worst, Kemba is washed due to injury. But based on his talent this is a good pick up by the Mavs regardless of how things pan out.

Walker may well be washed. But the Mavs are buying low and you’ve got to credit them for trying something.