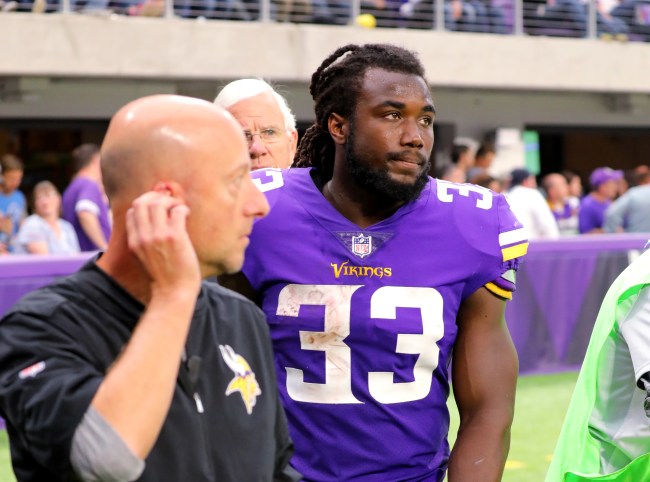 God damnit, the ACL tear is the most frustratingly ubiquitous injury in professional football. Over the past five years, the NFL is averaging 50 ACL tears requiring reconstructive surgery, derailing many careers. And on Sunday, the league lost one of its most promising young players for the entire season in Dalvin Cook.

NFL Network’s Tom Pelissero reported that Dalvin Cook’s non-contact knee injury yesterday against the Lions is believed to be a nearly complete tear of his ACL.

Prior to the injury, the 22-year-old rookie running back was leading the team in rushing with 354 yards on the ground at 4.8 yards per carry with another 90 yards through the air off 11 receptions.

This doesn’t bode well for Vikings fans, especially since Sam Bradford hasn’t played since suffering a bone bruise in his surgically-repaired left knee in a Week 1 win over New Orleans.