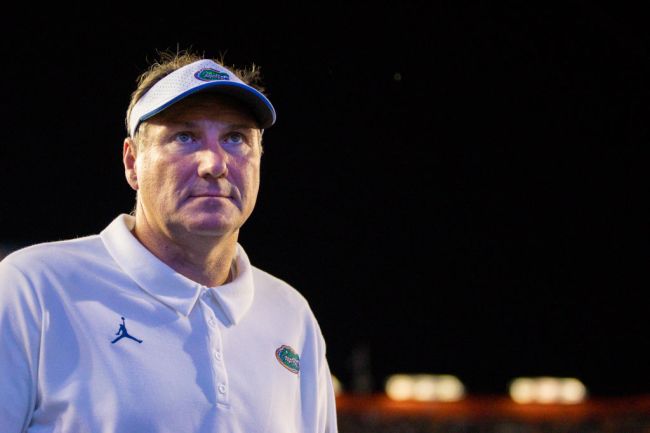 Dan Mullen is so full of hot air. The 49-year-old head coach of the Florida Gators always has something outlandish to say and carries himself as a farcical showman.

After the program lost to Kentucky on Saturday and dropped its second game of 2021, Mullen spoke with the media and had nothing but nonsense to say. Specifically, he was asked about having a smile on his face after the game. 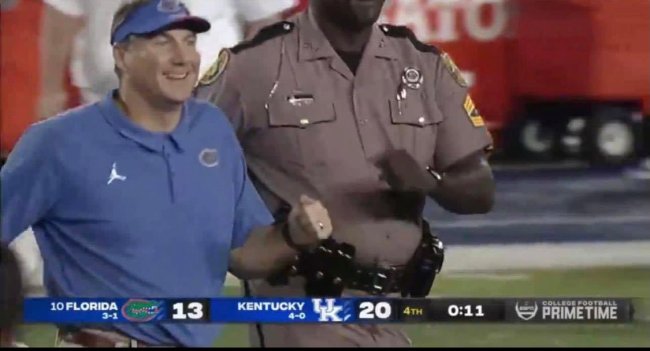 Mullen did not have an answer.

“I don’t know,” he said. “If you keep a camera on me the entire game, you’ll probably catch me doing all kinds of things that probably would be like, ‘Boy, I wonder why he’s doing that at this very second.’”

To follow up, Mullen was asked if his program lacked a necessary competitive fire. He denied any such thought, but similar questions continued to roll in.

In response, Mullen rattled off an absurd response that said absolutely nothing.

“You’re a competitor. You know what I mean? I don’t know. I guess you’re just a competitor,” Mullen said. “If you had gone out on a run with me this morning and we get to the last half mile, I’m going to beat you.

“When you walk with me, I’m going to walk a step in front of you because I don’t like to be behind people.

“If you go play pickup hoops and it’s a friendly game of hoops, if it gets close, you’re probably going to get an elbow in the eye.

“I don’t care if we play at 6 a.m. Friday in the parking lot or in the Swamp at noon.

“I certainly don’t think we have any lack of competitors or competitiveness on this team.”

Mullen, as is per usual, managed to make the entire thing about himself. “I” this, “me” that.

At the end of the day, the biggest problem is his inability to say anything that doesn’t make him look like he’s trying to hard. Mullen always has a big, long-winded answer that gets nowhere.

Motormouth Mullen continues to be one of college football’s biggest personalities, but for all of the wrong reasons. Give it a rest, man.