Patrick Mahomes Is The Worst QB In The NFL When It Comes To Mechanics, According to Dan Orlovsky 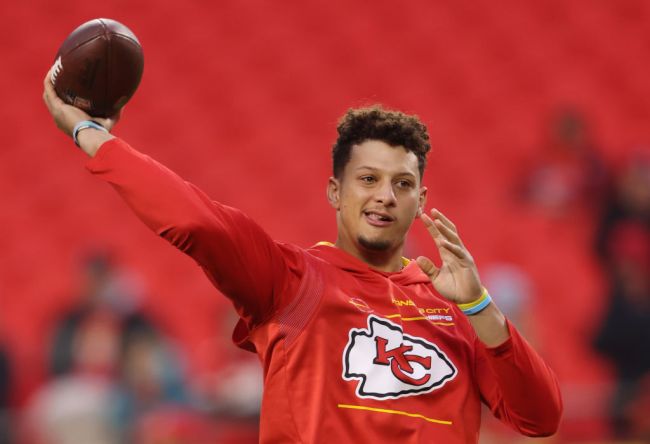 Patrick Mahomes is one of the most talented QB’s the NFL has ever seen. The things the man can do with a football in his hand are otherworldly. Mahomes’ ability to create plays, find his receivers and pull off no-look completions on a semi-regular basis makes him one of the most exciting players in the entire league. However, all of the ridiculous plays he makes can overshadow the fact that, mechanically speaking, he’s not among the league’s best.

Orlovsky broke down a couple of Mahomes plays from the Chiefs-Giants Monday Night Football game and made some bold, yet interesting takes about the three-time Pro Bowler’s mechanics and decision making.

While you may be thinking ‘what does Dan Orlovsky know about mechanics,’ he may not have had the most memorable NFL career, but he did appear in 26 games in his professional career and studies the game today unlike any other human on the planet.

While Mahomes completed the pass in the first play Orlovsky broke down, the second play was a different story.

You get what you emphasize pic.twitter.com/mpJD94DiuY

Orlovsky then dropped the hammer of all hammers when replying to a tweet suggesting that he just called Patrick Mahomes the worst QB in the NFL right now, mechanically. His answer? “He is.”

The Chiefs we got used to the past few seasons aren’t the same Chiefs we have today. The same can be said for Mahomes so far this season as well. Kansas City is just 4-4 on the season and Mahomes has already thrown 10 interceptions, well on his way to breaking his career-high in picks (12) with nine more games left on the slate.