Dana White Responds To Jake Paul Wanting To Knock Him Out ‘It Makes Sense, All He Fights Are 50-Year-Olds’ 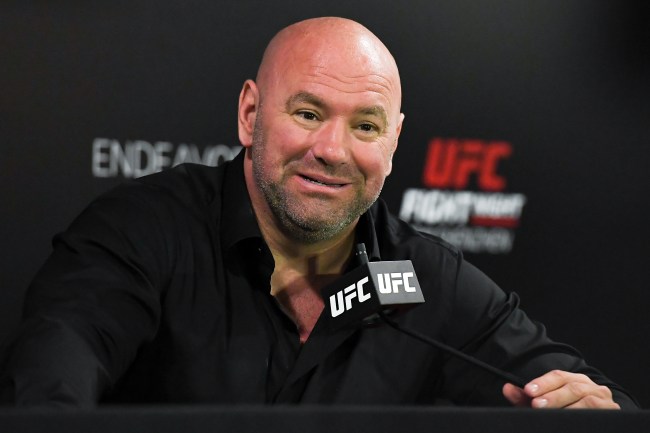 Dana White has issued a response to Jake Paul’s latest comments about him.

Earlier this week before his fight against the 39-year-old former UFC champion Tyron Woodley, Paul said he would knock out the UFC President if they ever bumped into each other in Vegas.

Reporter: “When does this end?” “Does it end with you fighting a current UFC fighter?”

Jake Paul “I think it ends with me running into him (Dana White) in a club in Vegas and knocking him the fuck out,”

After Saturday night’s UFC event, White was asked about Paul’s comments and delivered a hilarious response.

“It actually makes sense. I’m 52 years old, I’m in the age bracket of guys he fights…I could see him wanting to fight me, all he fights are 50-year-olds.”

Dana White responds to @jakepaul wanting to knock him out “I’m 52 years old I’m in the age bracket of guys he fights, it’s all he fights is 50 year olds” pic.twitter.com/50NPCl0LRH