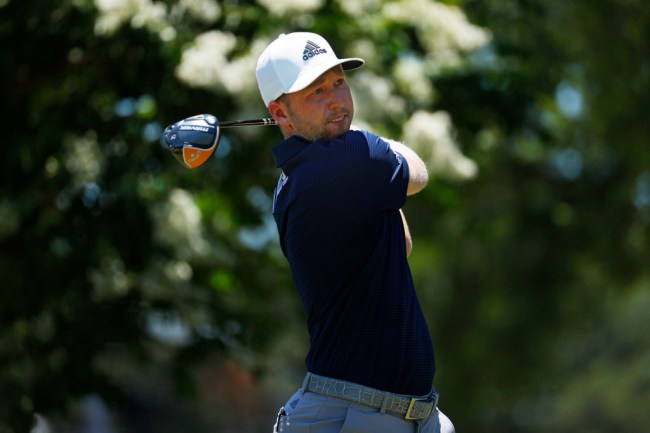 Thanks to an absolutely loaded leaderboard heading int Sunday’s final round of the Charles Schwab Challenge, there was little doubt that we wouldn’t be treated to an action-packed final 18 holes and that’s exactly what we got.

Xander Schauffele held a one-shot lead at 13-under heading into the final round with the likes of Jordan Spieth, Justin Thomas, Justin Rose, Collin Morikawa, and Rory McIlroy all very much within striking distance.

For what was the first PGA Tour event in three months, 72 holes weren’t enough as Daniel Berger and Morikawa pushed things into a playoff at 15-under. The drama down the stretch and how we got there, however, was the real story of the afternoon.

The 23-year-old Morikawa missed a seven-footer on the final hole for what would have been the tournament winning birdie putt. Morikawa got to 15-under after his third consecutive round of 67. Berger on the other hand made a 10-foot birdie try on the last to get to the magic number of 15-under. Four total players missed out on the playoff at 14-under.

While all of this was going on, Schauffele, who was in the final group, made a 30-foot bogey putt on the 15th hole after flying the green and finding the water. He then followed that up with a birdie on 16 before suffering one of the worst lip outs you’ll ever see on 17 for a bogey. He had a 24-foot birdie chance to get in the playoff on 18, but left the putt short.

Co-leader Xander Schauffele's ball lips out on the 17th hole.

He makes bogey to fall 1 back with 1 to play.

Schauffele’s brutal lip out wasn’t the last one the 17th hole would deliver on Sunday.

The Par 4 was the first, and only, playoff hole between Morikawa and Berger, and after finding some trouble off the tee, Morikawa managed to give himself a great look for par to extend the playoff but caught the lip just like Schauffele did earlier in the day.

What a way for the tournament to end.

Collin Morikawa's putt lips out to give @DanielBerger59 the victory.

Berger’s win at Colonial is the third PGA Tour victory of his career and interestingly enough, all three of his wins have come during the second week of June. He went back-to-back at the 2016 and 2017 FedEx St. Jude Classic for his first two wins on Tour.

Daniel Berger has 3 PGA Tour wins, and is a big June guy, clearly:

All in all, the PGA Tour’s first tournament since The Players was canceled after round one back in March lived up to every expectation imaginable. We got the star-studded leaderboard, one of the most exciting young talents the game has seen in a while battle it out in a playoff, drama down the stretch while also proving golf without fans in attendance is totally doable and extremely enjoyable.

It felt great having you back, golf.