It Sure Sounds Like Daniel Jones Is In Need Of A Win, But That’s Only Going To Hurt The Giants In The Long-Run 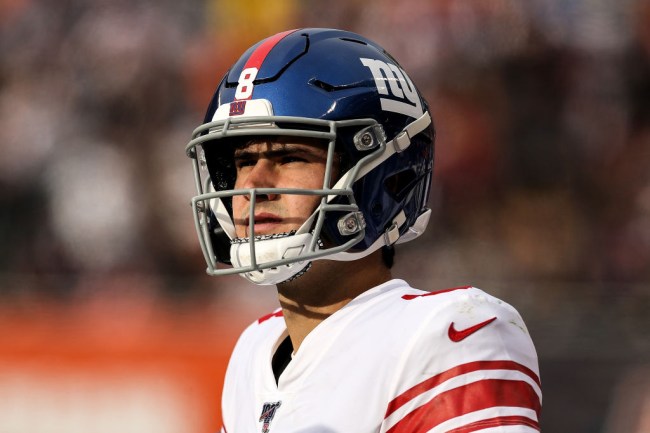 The rookie out of Duke has missed the last two games for the Giants with an ankle sprain giving way for Eli Manning to go 1-1 in his expected farewell tour. Jones has been full-go at practice this week and should be expected to re-take the reigns from Manning as the Giants play visitor to the Redskins on Sunday.

It’s a battle of the two worst teams in the NFC East and while both teams want to win, whoever wins this week will likely receive a worse NFL Draft pick which could totally alter the outlook for both franchises for seasons to come.

A win would do nothing but boost the confidence for both rookie quarterbacks and Jones certainly sounds like he’s in need of a win. Wanting or needing a win is one thing, but should the Giants win is a question worth asking as well.

“It would just really help with next year, on how he feels next year and get him some momentum going into next season, knowing that he knows how to win games,’’ Giants receiver Sterling Shepard told The New York Post. “I think that would be good for his mentality. It would be good for all of us, for sure, as a team, but especially for him, coming out of his rookie season and just being more comfortable next season.’’

“I think that’s important,’’ Jones said. “Quarterbacks are judged by how many games they win and their won-loss record, that’s definitely important. My mindset, and everybody’s mindset, is to win as a team, and we’re only going to do that as a team.

As I was saying, it certainly sounds like a win would go a long way for Jones, and teammates like Sterling Shephard, from a mental standpoint going into next season.

Going back to this being a unique situation though, a win could mean no Chase Young in a Giants uniform next season. He’s projected to land in New York in Todd McShay’s latest mock draft.

The Ohio State standout defensive end would be a major addition to any team in the league, but for New York to get a legitimate pass-rusher with a top-three pick next year would go a long, long way.

Sunday’s game between the Giants and Redskins is a big matchup for many people. From Dwayne Haskins and the Washington fanbase to Jones and the Giants fanbase but maybe it’s Young who needs to be paying the most attention. Whoever loses on Sunday could be calling Young’s name in a few months at the NFL Draft.