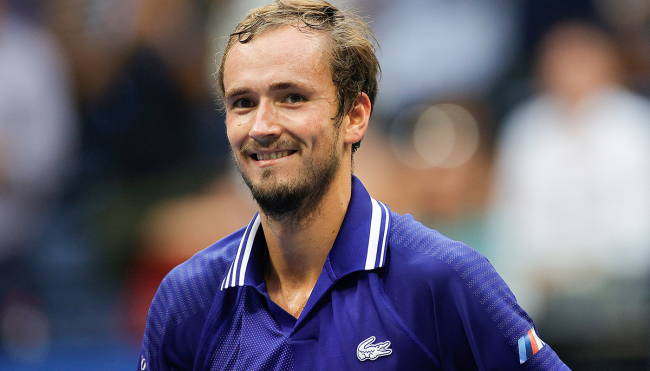 On Sunday, Daniil Medvedev added a nice chunk of change to his bank account when he took home $2.5 million by beating Novak Djokovic in straight sets in the final round of the U.S. Open.

When you consider the victory also netted him his first trophy at a Grand Slam tournament, it would be hard to blame him for momentarily blacking out after securing the match point—which he appeared to do after flopping down onto the court and laying motionless for a few seconds before going to greet his opponent at the net.

However, it didn’t take long for Medvedev to reveal his reaction to the momentous win was a deliberate one, as it would appear the Russian who came into the U.S. Open as the second-ranked player in the world is also a big fan of the FIFA video games.

In an interview after the match, Medvedev shared his inspiration for the celebration by saying, “Only legends will understand. What I did after the match was L2+Left.”

Post-match celebration inspired by @EASPORTSFIFA?!@DaniilMedwed YOU are a legend. pic.twitter.com/oMoI0Dgjnk

If you’re not familiar with FIFA, “L2+Left” is the button combination that triggers the “Brick Fall” goal celebration (also referred to as the “Dead Fish”), and it’s pretty clear Medvedev has pulled it out more than a few times in the games based on the uncanniness of his imitation.

As he confirmed in his #USOpen speech, Medvedev's celebration was "L2 + Left," a.k.a. the code for the FIFA brick fall goal celebration.pic.twitter.com/A5ttYOY2jx

What a mad lad.