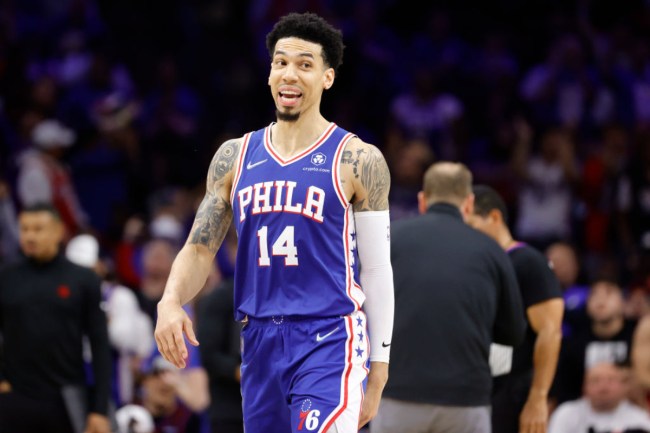 Patrick Beverley has made a reputation of being one of the most annoying players to play against in the NBA. He is never short on words or afraid of firing off some scorching takes, and he’s been saying all sorts of things on ESPN this week.

The Minnesota Timberwolves guard made headlines on Monday when he ripped into Chris Paul following the Phoenix Suns’ Game 7 loss to the Dallas Mavericks.

Beverley made it clear that he doesn’t see Paul as one of the game’s greatest point guards, with the main reason being his inability to play defense.

“CP can’t guard anybody, man, everybody in the NBA knows that.” Beverley explained on ‘Get Up.’

“You know those cones in the summer you dribble around? What does the cone do? Nothing. He’s a cone. It’s just y’all don’t want to accept that.”

Philadelphia 76ers guard Danny Green isn’t having any of the Paul slander Beverley is tossing out.

During the most recent episode of ‘Inside The Green Room,’ Green went off on Beverley for his take on Paul.

“He’s too f–king small and right at you every chance he got. When you play Luka, you’re a cone too. How would you like that?”

Danny Green heard Pat Bev go off on Chris Paul, and he has some thoughts 👀😳

While Paul was flat-out bad in the final five games of the Mavericks series, Green is right in calling out Beverley for his comments. The disrespect coming from Beverley doesn’t make any sense whatsoever.

Beverley’s Timberwolves got bounced by the Memphis Grizzlies in the opening round of the playoffs in six games. Minnesota blew 20+ point leads not once, but twice in the series.