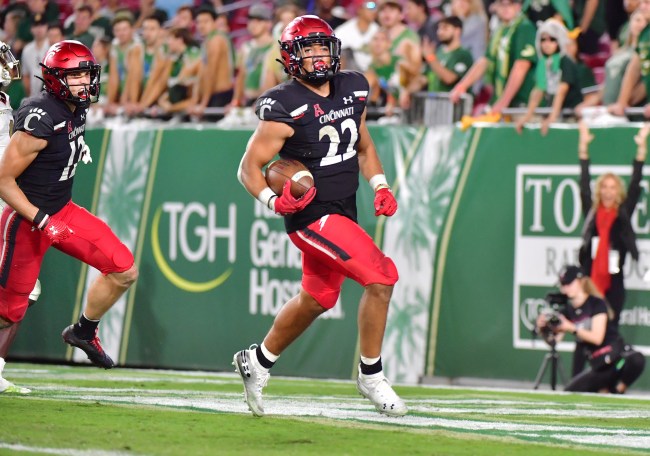 Danny Kanell took to Twitter this morning to voice his displeasure with the College Football Playoff selection committee after the committee dropped another set of rankings that had fans scratching their heads.

Mississippi State (6-4!!) is ranked over Clemson who is 7-3 with all 3 losses coming to Top 25 teams. And definitely did not lose to Memphis.

This committee and this process proves itself over and over to be the absolute worst way to determine a champ. #incompetent

Kanell’s big issue was with 6-4 Mississippi State’s presence in the rankings over a 7-3 Clemson team who has only lost to opponents ranked in the top 25. It is certainly a questionable decision by the committee, but you don’t need to get anywhere close to that far down the rankings to see how ridiculous the committee’s decisions are.

The Michigan-Michigan State debacle in this week’s rankings is already well-documented as well as the committee chairman’s asinine explanation of how Michigan is ranked ahead of the Spartan squad that handed them their only loss. However, the most egregious error comes right near the top of the list with Cincinnati still inexplicably on the outside looking in at the top 4.

We see this same nonsense out of the committee every year. They do everything in their power to make sure the only teams represented in the playoff are from the Power 5 or are Notre Dame, but this year is by far the most ridiculous.

Year after year we hear about how group of 5 schools don’t play anybody and that’s why their undefeated teams don’t make the playoff, but that couldn’t be farther from the truth this year. Right now, Cincinnati has the second most impressive win in the country.

Oregon is the only other team right now who can claim to have done anything as impressive as going to South Bend and handling a currently 8th ranked Notre Dame on the road. In fact, the Ohio State team that is currently ahead of them in the rankings can’t claim to have beaten anybody who matters. They are 0-1 against the current top 25 and were completely outplayed by Oregon in that loss.

While we’re talking about Oregon, I can’t even see the argument to put them ahead of Cincy. While Oregon has the best win in the country, they also have by far the worst loss out of the teams in the top 10. There is no case to be made for keeping them ahead of an undefeated Cincy when they have a loss to a Stanford squad who hasn’t won in the month and a half since that game.

It is absolutely time for the CFP’s selection committee to be better. The last thing we need this year is to watch Ohio State struggle to move the ball against Georgia when we could instead see a rematch of last year’s Peach Bowl where Georgia needed a last-second field goal to get the win.

The committee isn’t even seeing the potential in a matchup between Cincy and Alabama. An undefeated group of 5 school taking on the face of the Power 5 to prove they belong in the playoff sounds like the best storyline we could get in the postseason this year.

If the committee can’t see that everything is pointing to Cincy belonging in the playoff then calling them incompetent might be going too easy on them and we should probably just skip the charade of non-P5 schools having a chance.