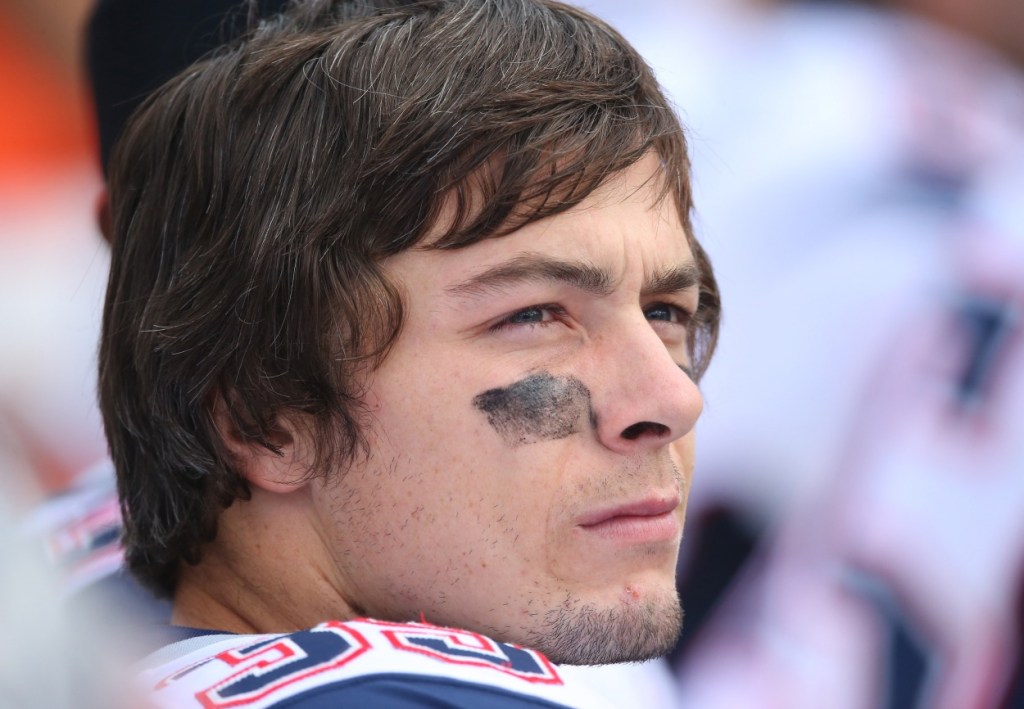 Former NFL running back Danny Woodhead is *this close* to qualifying for the 2022 US Open and competing against the best golfers in the world. The former Jets, Patriots, Chargers, and Ravens running back turned to golf after retiring from the NFL and has already seen considerable success but this would be his biggest accomplishment in golf by a mile.

After retiring in 2018 following 10 seasons in the NFL, Danny Woodhead set his sights on golf. He qualified for the 2021 U.S. Amateur Four-Ball tournament and played pretty well. That tournament was held at the Chambers Bay Golf Course in Washington and Danny was paired with Michael Wilhelm. They fired off a +1 71/73 (144 total) over two rounds and missed the cut of 135.

Now he’s back in competition and Danny Woodhead is just two rounds away from qualifying for the 2022 US Open and competing against golfers like Tiger Woods, Rory McIlroy, Scottie Scheffler, Jon Rahm, and the rest of the best. This came after Woodhead advanced through his regional qualifier on Wednesday, shooting an even par 71 at the Omaha Country Club.

Former @patriots (and @nyjets, @chargers and @Ravens) running back @danny_woodhead fired an even par 71 to advance to #USOpen final qualifying. pic.twitter.com/xHXN4CxUKs

Some people get lucky https://t.co/LoyfTqN3Nh

Here’s a look at the leaderboard with Danny Woodhead shooting an even par-71 to advance to the final qualifying round which will be held at 11 sites split across two dates (5/23 and 6/6).

Here’s a look at the list of the 11 sites where final qualifying will take place over two rounds (36 total holes):

I can’t help but wonder why there are two courses selected for final qualifying of the US Open in Ohio and they’re just 45 miles apart. It’s not as if they are on opposite ends of the state to serve people from nearby states. And the only course in California is in Northern California in San Francisco and there are basically zero courses in the middle of the country selected aside from Texas and Ohio. Something seems off about that.

Ohio is the most popular state for US Open qualifying but it still seems odd to me that they’d choose two courses 45 miles apart and then nothing else in the middle of the country.

Danny Will Have A LOT Of Fans Pulling For Him

Danny Woodhead was a fan favorite in the NFL and he’ll undoubtedly have a TON of people rooting for him in the final qualifying rounds of the US Open qualification process. Here’s what Danny’s fans were saying on Twitter after he made it through regional qualifying.

Hmm. And everyone thought Tony Romo was the best football golf amateur . Way to go Woody

@danny__woodhead you do realize they tag the wrong account

If you’re going to lose out to another golfer at least take solace in the fact that it was a former pro football player. Danny Woodhead is clearly a freak athlete:

And here’s Danny talking about his experience at Omaha Country Club last year:

We are about 5ish weeks away from the 2022 US Open. This year it will be held at The Country Club, in Brookline, Massachusetts which is our nation’s oldest country club and the #1 rated course in Massachusetts. Hopefully, we see Danny Woodhead tee it up on June 16th.