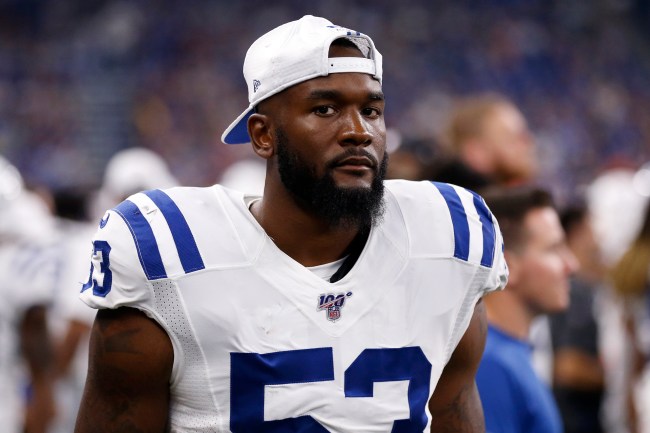 Darius Leonard might not have been a household name coming into the 2018 NFL Draft, where the Indianapolis Colts selected him in the second round at No. 36 overall, but the linebacker has more than proven himself since stepping foot on an NFL field. That’s because Leonard has been a tackling machine, finishing off his rookie campaign by leading the league in total tackles with 163, serving as the anchor in the middle of the Colts’ defense, and becoming a First-Team All-Pro and Defensive Rookie of the Year.

Given the fact that Darius Leonard played college football at South Carolina State, many couldn’t foresee such success coming for the linebacker; especially since many believed the Colts reached by taking him so high. And, while Leonard has missed the last few games due to a severe injury, it didn’t stop him from making big-time hits on a few people — namely those over at Bleacher Report.

The popular sports website recently got called out by Leonard after he was reminded that, in their draft recap, Bleacher Report claimed that he was one of the 2018 NFL Draft’s worst picks. Take a look at what he clapped back with.

Clearly, Darius Leonard wasn’t a big fan of the harsh criticism from Bleacher Report. I mean, damn, to be called one of the “worst picks” has to suck for any athlete. But because sports are awesome and there’s no way of measuring things like heart and determination, the Colts linebacker didn’t let the draft projection bring him down. And after calling out B/R, many fans on Twitter replied with words of encouragement, just to remind him that he’s doing something right.

lol! Rookie of the damn year!

Ok I’m not a colts fan but I know damn good and well not to shit this man….

You’ve got to love when players like Darius Leonard make personal vendettas against all those people who doubted him being a second round pick. Like all-time greats in all sports — like Michael Jordan and Kobe Bryant in the NBA, to Tom Brady in the NFL — Leonard believed in himself and used the criticism as fuel to shut everyone up. That’s pretty awesome, and it’s even cooler to see Twitter people hop on his train to give him support.