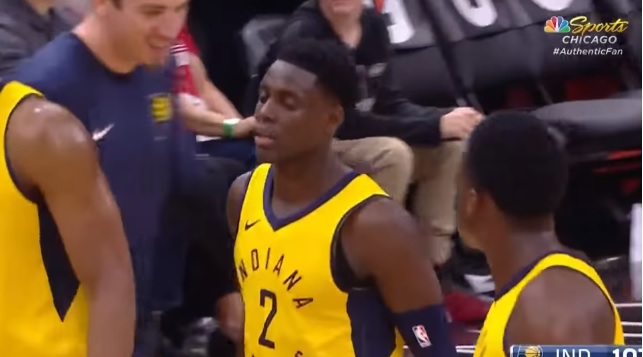 Collison told Marc J Spears of the Undefeated that he decided to retire to fully dedicate himself to Jehovah’s Witness faith.

Darren Collison's retirement is shocking. He started 140 of 145 games over last 2 years for IND. The 31-year-old just averaged 11.2 PPG, 6.0 APG, 3.1 RPG, 1.4 SPG and 40.7 3PT%. Teams were interested in signing him. He told @MarcJSpearsESPN it's about his Jehovah's Witness faith. pic.twitter.com/Twkotinpik

Basketball has been my life since I was a child. I could never imagine finding anything that brings me more joy than I get from playing the game. While I still love basketball, I know there is something more important, which is my family and my faith. I am one of the Jehovah’s Witnesses and my faith means everything to me. I receive so much joy from volunteering to help others and participate in a worldwide ministry. The joy I feel is unmatched.

With that being said, I have decided to retire from the NBA.

Collison’s Pacers teammates were shocked by his sudden decision to retire.

Darren Collison's teammates are stunned by his retirement too.

I just spoke to Myles Turner (who attended some Jehovah's Witness meetings with Collison to support him) and Thad Young. Both were blindsided by the news, but offered support. Quotes here: https://t.co/a6VH0iu9pk

Thaddeus Young and Myles Turner both started alongside Collison for the last two seasons in Indiana and each player expressed their surprised when they learned of the news.

Young said that Collison had never hinted toward something like this in their many conversations. In fact, Young said that he and Collison were just recently discussing their upcoming unrestricted free agency and all seemed normal throughout their chat.

After letting the news sink in, Young expressed his support for Collison.

“I wish my brother and good friend well in his next stages in life and in all of his future endeavors going forward,” Young told HoopsHype via text message. “He was one of the best competitors I’ve ever played with. He played with fire, energy and desire every night. He’s definitely a teammate I’d want to go to war with any day. I feel blessed to have played with DC.”

“Me and him actually went to meetings together a couple times as well – with ‘meetings’ being Jehovah’s Witness slang for church. I didn’t see this coming, but I’m happy for him.”