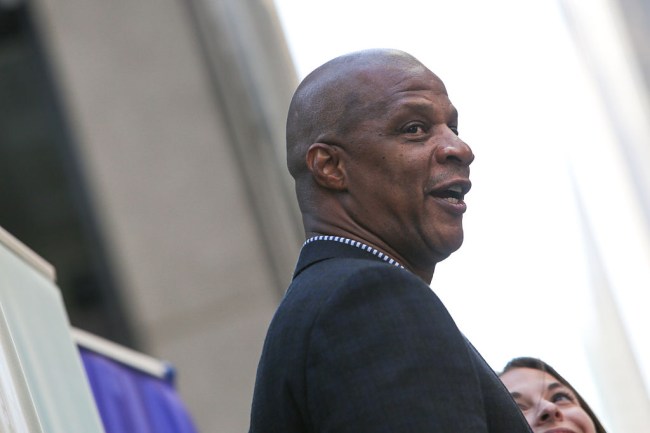 Everyone in the know has been aware weed is tight for a while now but it’s taken a bit for the masses to accept the fact that Reefer Madness wasn’t a documentary.

Marijuana is becoming increasingly normalized but there’s still a lot of work to be done when it comes to widespread legalization thanks to a century-long smear campaign that managed to convince the general public it was the root of all evil.

As it currently stands, the DEA maintains marijuana has no positive benefits despite the fact that the majority of states in America have medicinal programs and the FDA recently approved a drug derived from the plant.

The majority of Americans think weed should be legal but there are still more than a few people who aren’t on board with the movement— including Darryl Strawberry.

Earlier this week, Strawberry spoke with TMZ, a company which was presumably founded after Harvey Levin heard Dave Chappelle’s bit about Ja Rule and used it as the foundation for his business plan.

A cameraman approached Strawberry to ask him how he feels about athletes using marijuana as an alternative to painkillers but the fallen MLB star is clearly not a fan.

“Most people don’t understand marijuana is a drug. It’s just the beginning. Starting people off when they’re young and then it leads to everything else…

Most young people start off with marijuana … it’s a gateway. I started with marijuana when I was young — 14, 15 years old — and it led me to everything else.”

Of course, the “everything else” Strawberry was talking about was mostly referring to cocaine, as he battled addiction over the course of his career and beyond. However, unlike marijuana, I’ve yet to come across any studies hailing the medicinal benefits of regularly blowing lines.

Strawberry caught some heat for the comments but no one tore into him like Stephen Jackson, who called him a “whole cokehead” and said asking the former player about their opinion on drugs is like asking someone who lost all of their money how to get rich.

There aren’t many things online that actually make me laugh out loud so congratulations to Jackson for managing to do exactly that.