Prior To Joining 76ers, Daryl Morey Was Being Poached By NFL Team To Lead Their Front Office 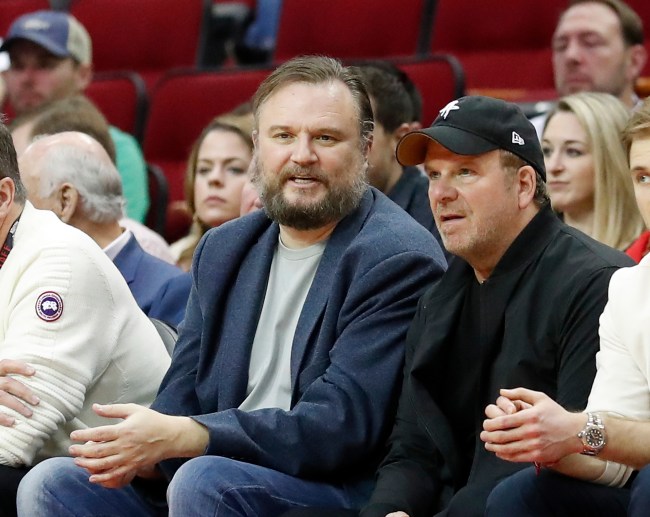 When Daryl Morey moved from the Houston Rockets to the Philadelphia 76ers to take over the role as the President of Basketball Operations, he welcomed in a new chapter and a new franchise to his career. After building a championship contender in Houston — which always had the talent, but could never really mesh together — the longtime exec figured trying to reshape the Sixers was a good challenge for him.

While there have been rumors about Morey reuniting parts of his old team with his current team, who knows what actually comes to fruition. But before the guy took over his new position, he nearly left the NBA for the NFL, as he mentioned that at least one NFL team was trying to poach him to run their front office.

Talking to Rich Eisen, Daryl Morey briefly talked about the opportunity, and, although he never formally interviewed, the NFL team — which went unnamed — at least inquired. Morey had the self-awareness to know that going from the NBA to the NFL would’ve been difficult, bluntly saying that his skills were better suited for basketball than football, and even joking that the football team may have just discovered he was an “idiot” and moved on had they talked.

“I’ll be honest. It would be very presumptive of me to think I could help an NFL team,” Daryl Morey told Eisen. “But they did reach out. I just figure out my skills are JUST much higher and better in the NBA just with the experience and everything. But it was an intriguing idea.”

“To be fair to them, they didn’t offer it. They just reached out to talk. They could’ve met with me, said ‘that guy’s an idiot’ and moved on.”

Does anybody else want to know which NFL team it was that reached out to Daryl Morey, because I sure as hell do. I’d imagine it’s some crappy team like the Cincinnati Bengals or the Houston Texans — which would make sense given Morey’s association with the city and the NFL team having an opening after firing Bill O’Brien earlier this season, who served as head coach and GM. It seems like a very Texans thing to do to reach out to a guy who’s made a living in the NBA to try and crossover into the NFL, doesn’t it?

At the end of the day, Morey chose to stick with basketball and not even entertain the opportunity to dabble in football. Considering that’s where he’s built a solid career for himself, it’s probably for the best.