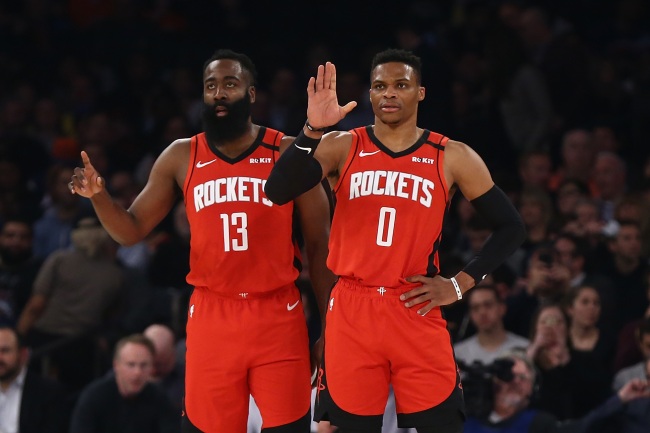 The Houston Rockets are officially a mess.

On Wednesday night The Athletic’s Shams Charania reported that Russell Westbrook had requested a trade out of Houston because he felt uneasy with the team’s “culture”.

Russell Westbrook has made it known that he would like to see significant changes to the Rockets’ culture.

Now, he’s looking for a change of scenery.@KellyIkoNBA, @sam_amick & @ShamsCharania give us an inside look at the Rockets and what's next ⤵️https://t.co/gi4r75qviY

According to The Athletic’s report, Westbrook is frustrated with the team’s lack of accountability especially from teammate James Harden.

As of now the Clippers and Knicks are the frontrunners to acquire Westbrook this offseason.

The Clippers and Knicks are interested in trading for Russell Westbrook, per @KevinOConnorNBA pic.twitter.com/XRpjPx0loK