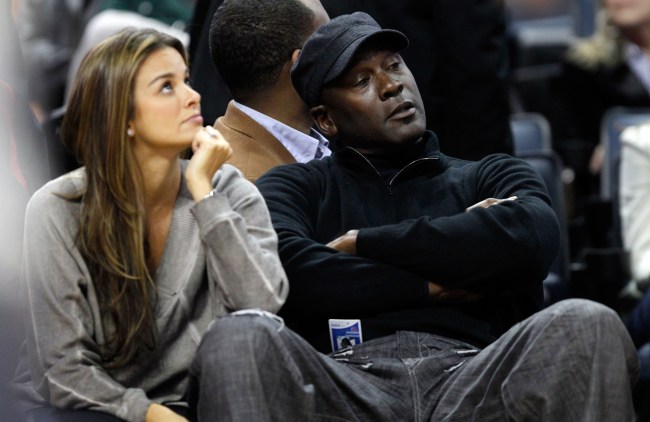 In 2017, the Rockets gifted James Harden with the largest overall contract in NBA history, a four-year extension worth about $160 million, giving him a total deal of six years for a guaranteed $228 million. With that kind of cake, everyone within the Rockets organization better convince themselves that their golden boy is worth more than the greatest sports icon in the history of the world.

Rockets GM Daryl Morey triggered every NBA fan outside the Houston area with the recent comments he made during an interview with “Selfmade with Nadeshot.”

“It’s just factual that James Harden is a better scorer than Michael Jordan,” Morey said. “You give James Harden the ball, and before you’re giving up the ball, how many points do you generate? Which is how you should measure offense, James Harden is by far No. 1 in NBA history. And he was No. 1 even with the Oklahoma City Thunder, it was just a little more hidden. So you needed good data to suss that out. So we knew he had that amazing skill to be a scorer.

“Now the counter argument is reasonable. They say if you put Michael Jordan on a team now, he would do more than James Harden. That’s possible. But if you’re just saying, NBA history, if you give this guy the ball, how much does this guy score before the other team gets the ball? It’s James Harden.”

Certain analytics validate Morey’s stance, but with a shred of context, this claim is rubbish.

James Harden averaged 36.1 PPG in 2018-19 while making 373 threes, while Michael Jordan averaged 37.1 PPG in 1986-87 while making just TWELVE threes. I actually had to look that up to make sure it was true. Harden has less PPG on almost four fewer shots per game and the same amount of free throws per game.

Do y'all know how foul it is for an NBA exec to come out and seriously say James Harden is a better scorer than Michael Jordan???

And the Harden supporters…

Yeah, I couldn’t find one.