David Feherty Shares Story Of Once Being Penalized For Marking His Ball With A Very Odd Item, Says He May Have Been Slightly Hungover At The Time 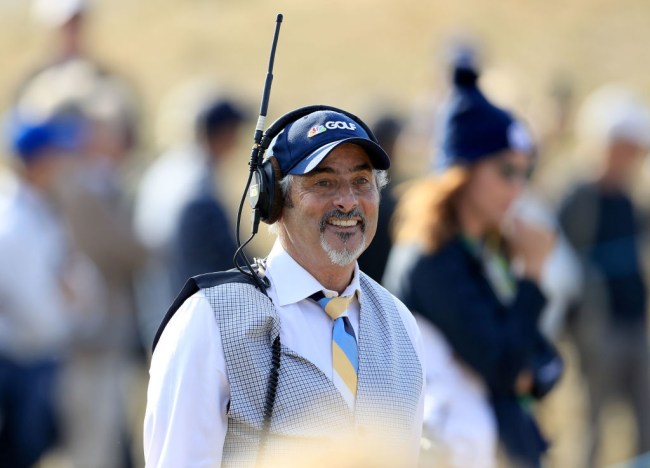 David Feherty is a man that has all the stories. He’s lived a rather unique life and while most of the younger golf world only knows him as a broadcaster, he had a strong career as a professional golfer back in the day. The Northern Irishman won 10 professional events and reached as high as the No. 33 player in the world back in 1992.

The NBC Sports and GOLF Channel analyst was joined by Arron Oberholser in a media roundtable at the Waste Management Phoenix Open earlier this week, Feherty recalled the time he was penalized for a rather wild and unique reason at the Houston Open.

“When I teed off that morning I was a little unprepared, to say the least,” Feherty said according to Golf. “And confused, maybe slightly hungover.

“[Hotels] gave you a key rather than the damn cards that we get now, and that’s all I had in my pocket,” Feherty said. “And I used it to mark my ball and I can’t remember how it came about, but [rules official] Vaughn Moise, he sort of became aware of this and he came over and said, ‘You can’t do that. It’s got to be a disk, it’s got to be whatever it was at the time.’ Now you can mark your ball with an elephant turd. It doesn’t make any difference. But back then it was a penalty.”

According to Feherty, it was a specific PGA Tour rule he violated as back then you had to distinctly mark your ball with a coin or some sort of circular object, which is a ruling most folks today (including myself) don’t know about.

Nowadays, you have guys marking their balls with all sorts of different shaped objects.

As for taking a key out of your pocket and marking your ball with that, that’s just innovative, especially when you’re hungover. Whatever is in your pocket should suffice, just like it does for us weekend warriors.