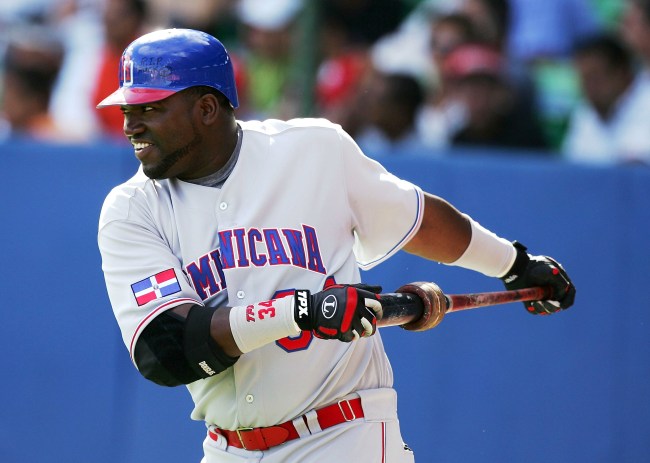 It’s hard to imagine that Red Sox legend David Ortiz has any enemies in this world, never mind in his adoring hometown of Santo Domingo, Dominican Republic.

Big Papi was shot in the back at point-blank range and “the bullet went through his stomach” while sitting in an outside bar and restaurant in the island’s capital Sunday night. The 43-year-old underwent surgery at a local hospital, where he reportedly had bleeding in his liver and surgeons had to remove a portion of his intestines and gall bladder. The Red Sox flew in a team plane to transport him back to Boston on Monday afternoon for further treatment at Massachusetts General Hospital, one of the best in the world.

In 2015, Ortiz did an interview in which he addressed the violence in his native country and even expressed that he posed no threat to anyone.

“I like to go to my country, and I know that people love you and take care of you,’’ Ortiz, a k a “Big Papi,’’ told an ESPN sportscaster in the interview, conducted in Spanish, according to the Dominican newspaper Listin Diario.

“But [the street hustlers] are doing their thing, and they are not in their right mind, no matter who is who, and I do not want to walk with an AK-47 over a car there, I do not want to go full of guns there because I’m not a gunslinger, and I’m not a problem of any kind,” Ortiz said. [via NY Post]

Ortiz went on to urge the Dominican Republic’s national head of police to make progress on tampering down the violence in the country.

“We can not live in that anxiety that every time you go out of your house, a [thug] comes and takes away what you have on you,’’ the All-Star hitter said.

“Many people are losing their lives. Our country is a diamond that we have to take care of and defend fully and hope that things improve.”

Leave it to the only two assholes on the entire planet who have a problem with David Ortiz to run up behind him and shoot him in the back. Fucking cowards.