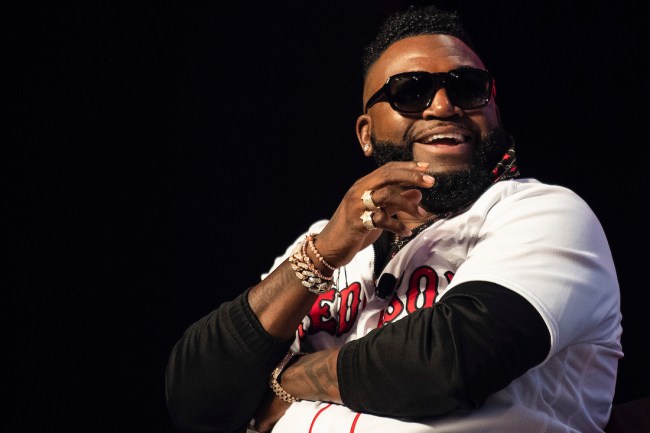 During his 20-year MLB career, David Ortiz was one of the most clutch hitters ever seen. Like, seriously, there may not have been a player who put a team on his back quite like Big Papi did during that magical Red Sox run in 2004, when the club overcame a 3-0 deficit against the Yankees in the ALCS before winning the World Series. It was absolutely incredible.

With over 500 career homers, Ortiz wasn’t just clutch, but he was quite the big popper, too, with his 541 career dongs ranking 17th on the all-time list. But even though the guy was as feared a hitter as anybody during his era, he wasn’t only known for swinging for the fences — which a lot of current MLB players typically try and do. And that has Papi big mad about the state of baseball, because he thinks these guys “swinging out of their asses” for the fences are singlehandedly making the sport boring.

Talking to Pete Abraham of the Boston Globe, David Ortiz voiced his frustration about the state of baseball, saying homer-happy batters aren’t helping the sport evolve.

“To me, it’s messed up,” Ortiz told Abraham. “The game has changed a lot. Coaches only want kids to hit home runs and that’s all they practice because they want to get paid.

“We used to want to develop great hitters. Now it’s all strikeouts with some home runs and it’s straight-up (f——) boring. If you could bet in Vegas that the next hitter was going to strike out, you’d take it every time.”

“Everybody is swinging out of their ass,” he added. “We used to be criticized for taking big swings in certain situations. Now that’s all they want every time. It’s hard to watch for me.”

Some fans may just say David Ortiz is being a grumpy old man here, but the former Red Sox slugger absolutely has a point about the rate of strikeouts going on during an MLB season. According to The Score article, batters struck out in a record 23.4 percent of plate appearances during the 2020-shortened season, which is the 13th-straight season strikeout rates increased. That’s remarkable.

This all coincides with the home run rate increasing, with a record 6,776 homers hit during the 2019 MLB season — which came out to 6.6 percent of plate appearances ending with a homer. So it seems like there’s some sort of relationship there.

A career .286 hitter, David Ortiz clearly thinks he was a more professional hitter than some of these current sluggers. While that may be the thought at first, a quick reminder shows that some of the best players in the game have similar, if not better, all around batting numbers. Take a look below. 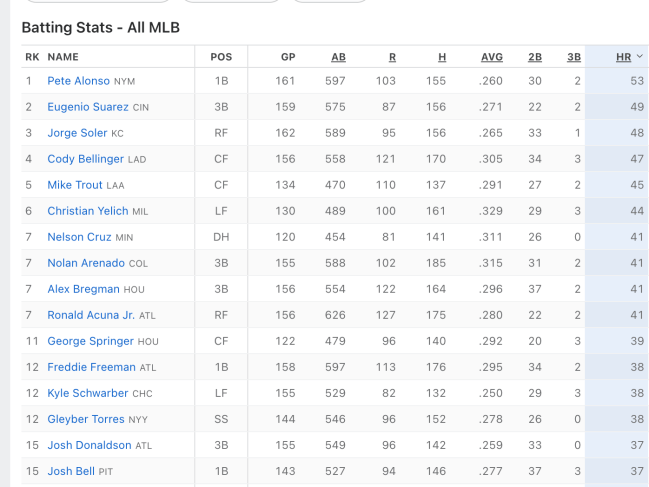 With the MLB season coming up, the league decided to try and limit homers by changing the baseballs. We’ll see if it works or not, because, like Ortiz mentions, games are boring AF from a fan perspective when few teams actually know how to manufacture runs these days. Seriously, every batter seems to be trying to hit a homer no matter what the situation, and that’s a bad look for the game.